I am excited to partner with Laser Pegs today. We were invited to write about Laser Pegs by ShopHer Media Influencer Network

We had the chance to try out this cool new toy called Laser Pegs and they were an INSTANT hit in our house. My boys really liked the challenge of putting these sets together, and then loved the imaginative play that came after!

My 8 year old was able to complete the sets independently which made him just as proud as could be. And my 6 year old enjoyed being the right-hand man, finding the pieces and constructing some of the minor parts. They set up all 3 sets in one weekend because they thought they were that awesome! The 3 sets my boys made were the Mobile Police Unit, the Triceratops Charge, and the Shark Ambush. 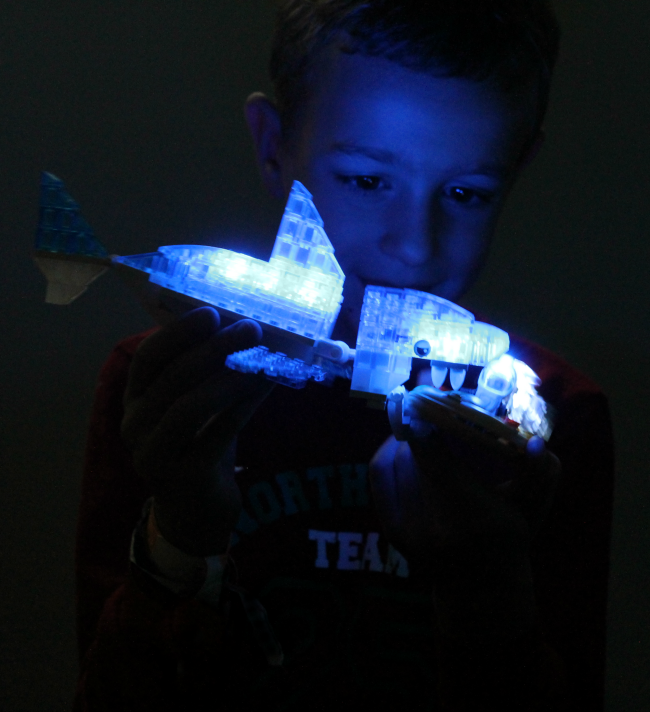 The unique part to Laser Pegs is how some of the bricks light up, illuminating the entire creation and taking my boys creativity and engagement to a whole new level. The Laser Peg bricks even fit together with other construction toys, meaning my boys can build on to things they have already created.

While it’s great that my kids thought they were so amazing and fun, Laser Pegs are even better because of all of the educational benefits that come along with them. As a teacher I was thrilled my boys were so engaged with these sets because they were learning and practising so many important skills.

Here are 5 of the educational benefits of Laser Pegs: 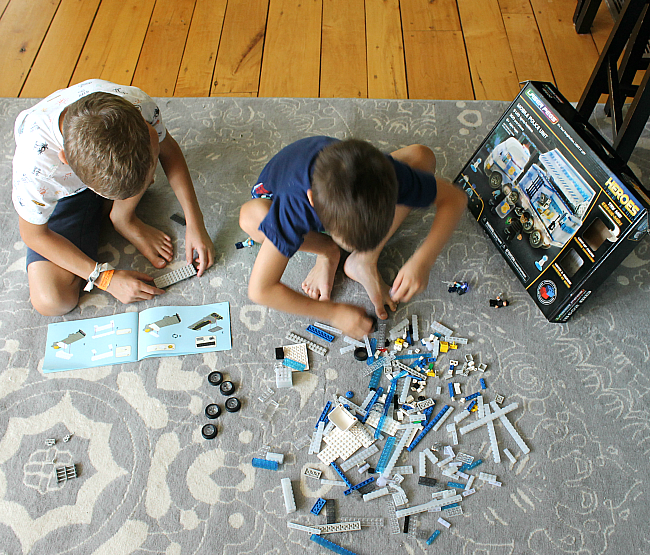 Picking up these tiny bricks and aligning and connecting them with others is fabulous for practicing fine motor skills. It takes a lot of hand-eye coordination to connect these bricks together! Building fine motor skills is essential for a strong pencil grip and future writing. Hands that play with these toys will build strength and endurance as well, ensuring small hands don’t tire out when writing. 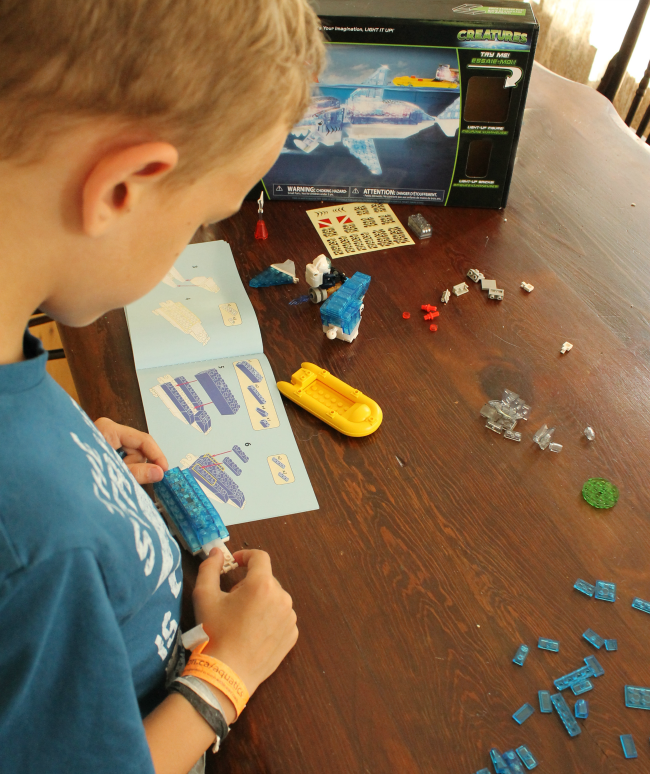 I can think of no better toy for problem solving! When Sam was building his set he came to a step that just wouldn’t work for him. He realized he had made a mistake somewhere … but where? He had to retrace his steps and look at each step backwards to figure out where he went wrong. An excellent problem solving strategy he discovered all on his own! 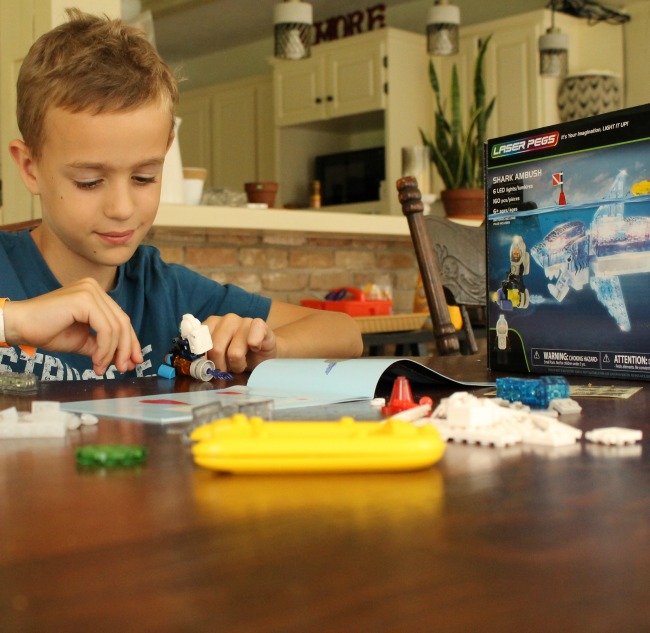 So often, my boys play with their toys in a haphazard way. I would say this is rather typical for kids, really. But with Laser Pegs, every single step counts. Not only do children need to follow the directions step-by-step, they also need to pay attention to which direction the bricks are secured, and also where exactly they are secured. There is definitely no rushing or short-cuts! 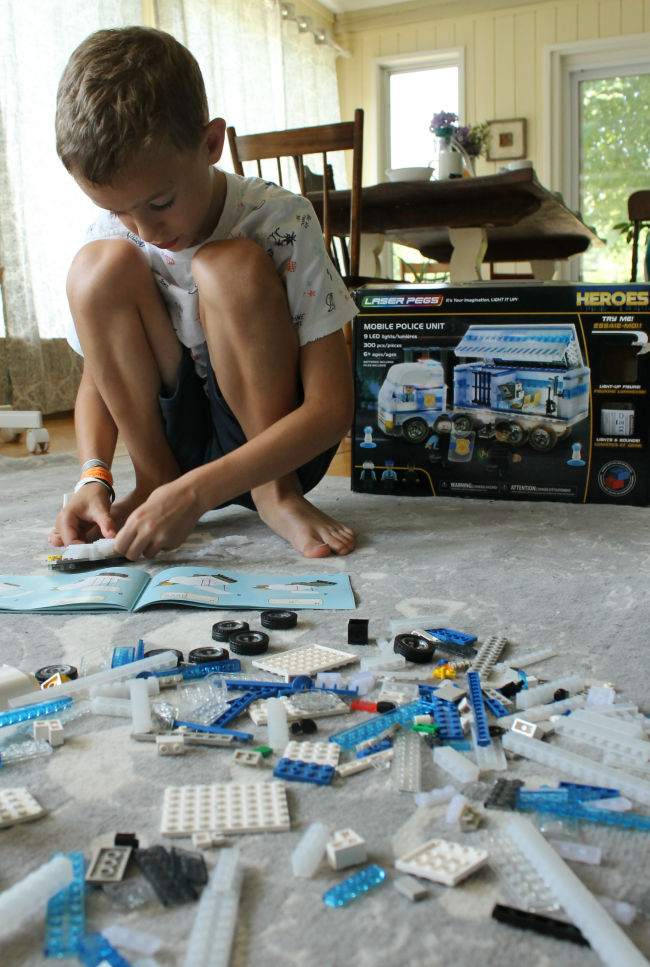 Oh goodness, all of the math!! Laser Pegs definitely build mathematical thinking skills in children. Just think of it! Children learn about spatial reasoning, transformations … even fractions! My boys were playing with the idea of transforming 3D shapes, a math concept that is far above their grade levels, and yet they were playing with this concept with ease. They were also figuring out how many small pieces would fit on a larger piece and exploring fractions through their play. 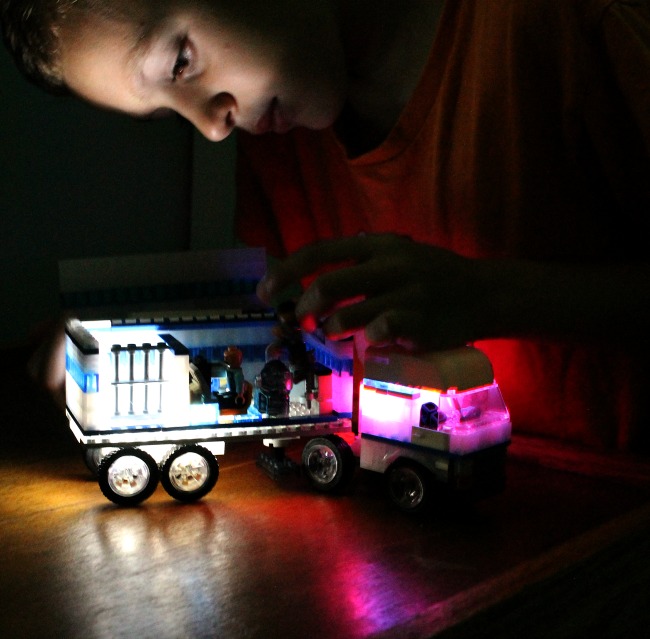 Finally, my boys were certainly developing the skill of perseverance. The Police Mobile was the largest set they set up and it took them just over 4 hours! Sometimes a piece would be put in incorrectly and they would have to go back, problem solve, and continue on. But even when presented with a challenge they were so engaged in the activity that they would persevere. What a phenomenal life skill to develop.

Though of course, none of this really mattered to my boys. They were simply having a blast! Another great thing with Laser Pegs is that the fun is not just in the building. Because the sets are so interactive with bright lights, and even changing colours and sounds in some sets, the creative play afterwards is amazing. 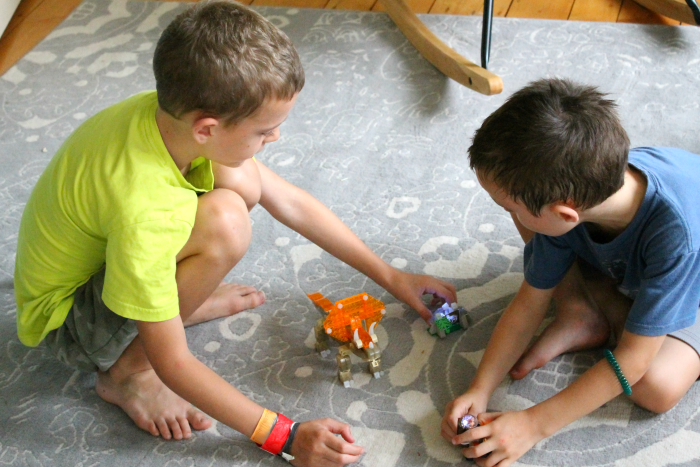 I just love discovering cool toys that are both awesomely fun and awesomely educational. I hope you love them too! 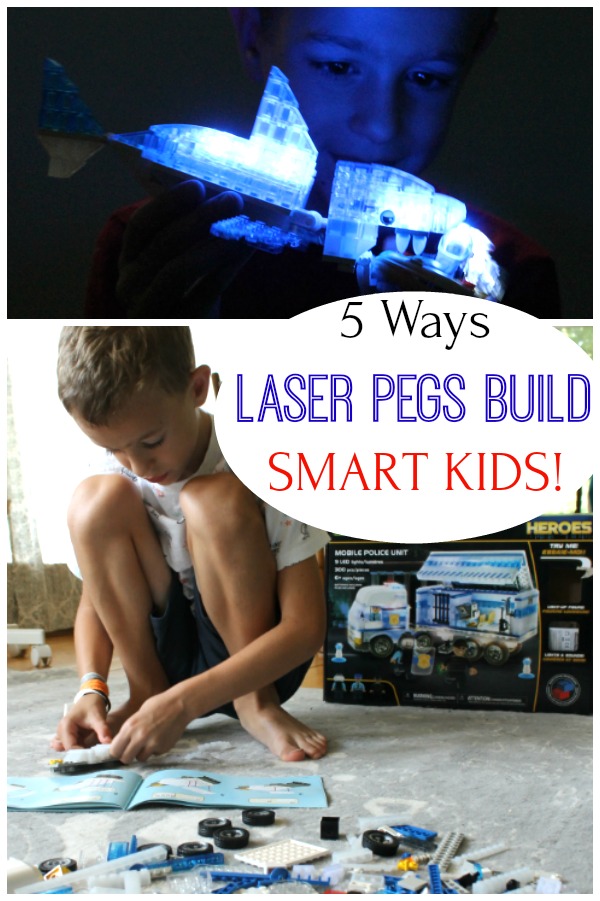 You can find Laser Pegs on Walmart.ca online for my fellow Canadians, and also on Amazon.com. I was impressed with the pricing of these sets. The smaller sets would make ideal birthday party gifts! You can check out a neat video with a bit more information about Laser Pegs right here.

Thank you so much for reading friends! I hope you are having a wonderful day.

« The Incredible Measuring Mirror {DIY}
Finding a Focus to our Days »