While teaching Kindergarten, I created a character known to my wee ones as the Letter Monster.  We would create him or her in various forms and play various games throughout the year.  This character was a HUGE hit with my class, so I decided to make a Letter Monster with Sammy. 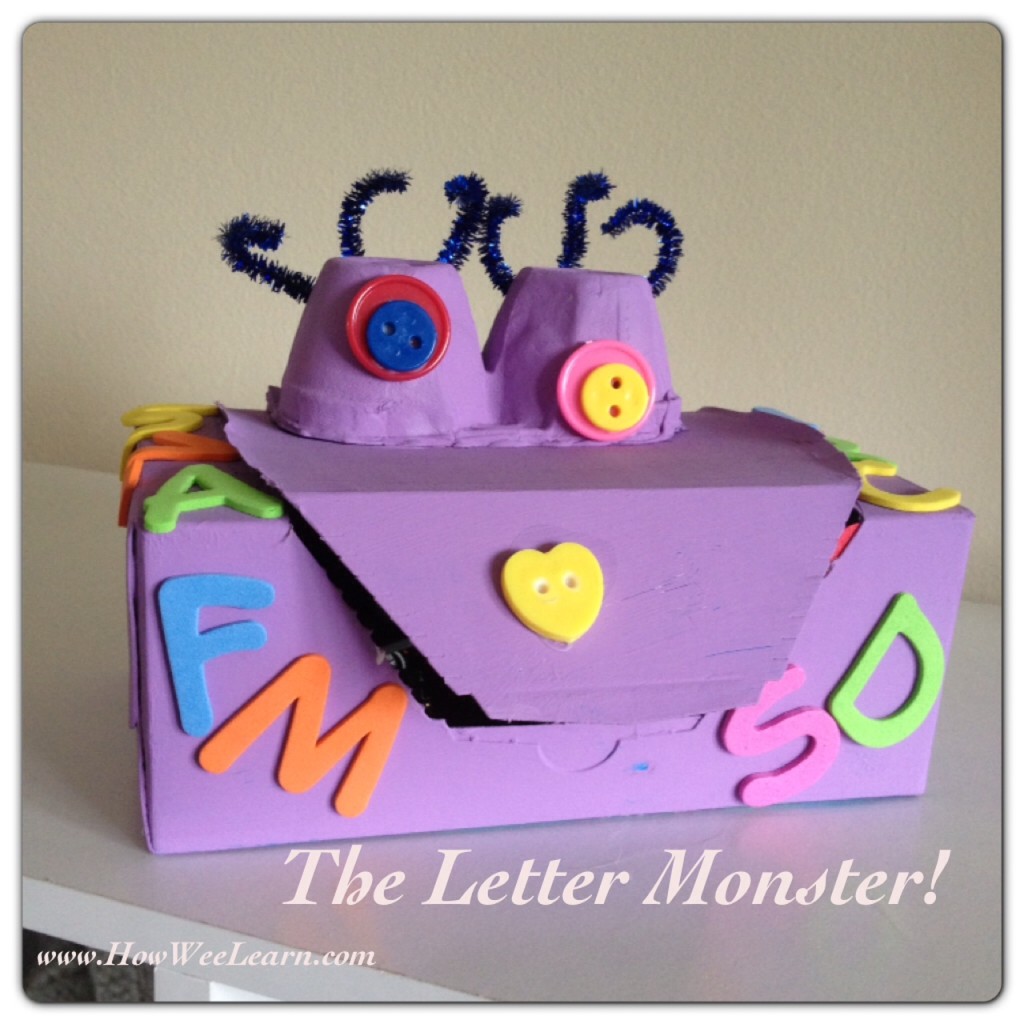 This Letter Monster was super simple to make and can be used for so many alphabet games for preschoolers.  Here is how we made it, and some games we have been playing.

Materials needed for the letter monster alphabet games for preschoolers

I hot glued the egg carton eyes on to the monster – and Sammy took it from there!  He did all of the painting himself – I was so proud of myself (yep-myself) for not going over his paint myself.  Silly – but this was a big step for me!  He actually did a wonderful job.  We did two coats – and then Sammy decided he wanted to paint the inside of The Letter Monsters mouth too. 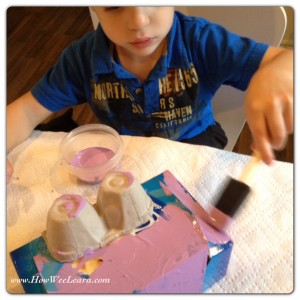 Once everything was dry, we decorated!  We used Pipe cleaners for eye lashes (I poked holes in the egg cartons with a pen tip, and Sammy thread the pipe cleaners through – Sammy loves pipe cleaners!), he glued on eyes (just with liquid white glue) and a nose.  I stuck a tongue in too.  We added Letter Stickers as well. 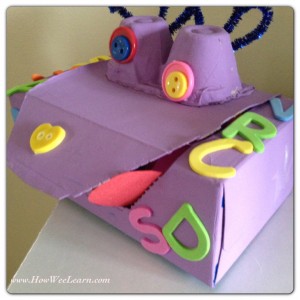 Playing Alphabet Games for Preschoolers with our Letter Monster

So far we have played 2 Alphabet Games with our Letter Monster. 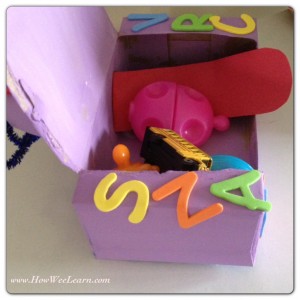 There are so many alphabet games that can be played with this Letter Monster.  It was a fun character to have in the classroom, and will be a fun one to have at home too!

Please consider following us on Pinterest so we can share more creative learning ideas with you and your wee ones!  Thank you! 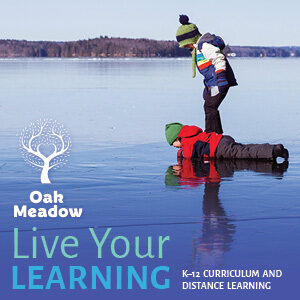 This website uses cookies to improve your experience while you navigate through the website. Out of these, the cookies that are categorized as necessary are stored on your browser as they are essential for the working of basic functionalities of the website. We also use third-party cookies that help us analyze and understand how you use this website. These cookies will be stored in your browser only with your consent. You also have the option to opt-out of these cookies. But opting out of some of these cookies may affect your browsing experience.
Necessary Always Enabled
Necessary cookies are absolutely essential for the website to function properly. This category only includes cookies that ensures basic functionalities and security features of the website. These cookies do not store any personal information.
Non-necessary
Any cookies that may not be particularly necessary for the website to function and is used specifically to collect user personal data via analytics, ads, other embedded contents are termed as non-necessary cookies. It is mandatory to procure user consent prior to running these cookies on your website.
SAVE & ACCEPT
251 shares