We were up North this weekend celebrating baby Benjamin’s first birthday (I can’t believe it!) During his birthday party we played this alphabet matching game – family style.  It was a nice introduction for Sammy as he was just helping Madeline with the matching.  He was looking for the letters and being introduced to the look of lowercase letters.

Here is how we played this Alphabet Matching Game: On The Run!

I snuck outside and hung up a lowercase letter secret message, “happy birthday ben” 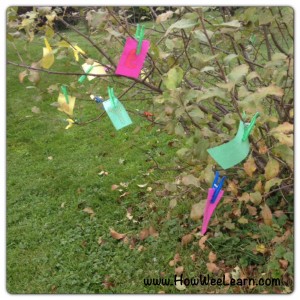 I then hid the uppercase letters in a nearby bush.  I had intended on making this game more of a scavenger hunt, but it was awfully wet – so I improvised. 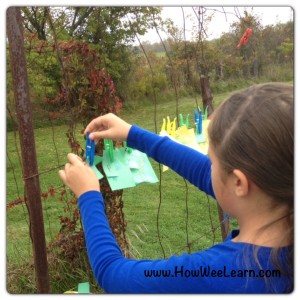 First Madeline called out the letter Sammy was to hunt for. 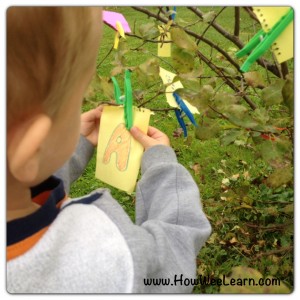 Sammy would find the letter and hand it to Benjamin who would ‘run’ (or rather, be carried by a running adult with Sammy tagging along beside) to Madeline.  Benjamin is beginning to walk – but not yet a runner!  Madeline would show Sammy the matching letters and call out the next letter to be found. 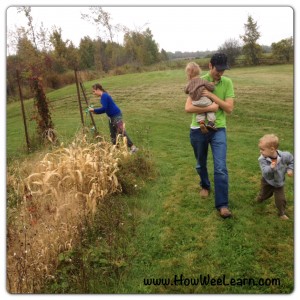 We will be looking into similarities and differences between upper and lowercase letters and playing more fun alphabet matching games in the weeks to come.

Have you worked on lowercase letters with your preschooler?

This website uses cookies to improve your experience while you navigate through the website. Out of these, the cookies that are categorized as necessary are stored on your browser as they are essential for the working of basic functionalities of the website. We also use third-party cookies that help us analyze and understand how you use this website. These cookies will be stored in your browser only with your consent. You also have the option to opt-out of these cookies. But opting out of some of these cookies may affect your browsing experience.
Necessary Always Enabled
Necessary cookies are absolutely essential for the website to function properly. This category only includes cookies that ensures basic functionalities and security features of the website. These cookies do not store any personal information.
Non-necessary
Any cookies that may not be particularly necessary for the website to function and is used specifically to collect user personal data via analytics, ads, other embedded contents are termed as non-necessary cookies. It is mandatory to procure user consent prior to running these cookies on your website.
SAVE & ACCEPT
111 shares