Earlier this week I mentioned how my craft deprived kids were getting the creative art itch.  Since we are moving so soon I am not really wanting to hunt through boxes, find, and unpack our craft supplies.  So we have been making do – and really, it has been kind of fun.  For example, the other day I was looking at our fort we made out of sticks from a new angle … sort of like a trying to sneak a nap under it angle … and I realized it could easily be a very awesome outdoor art easel.  So I thought I would share how to build an easel out of sticks – because we did – it was easy – and it looks awesome too. 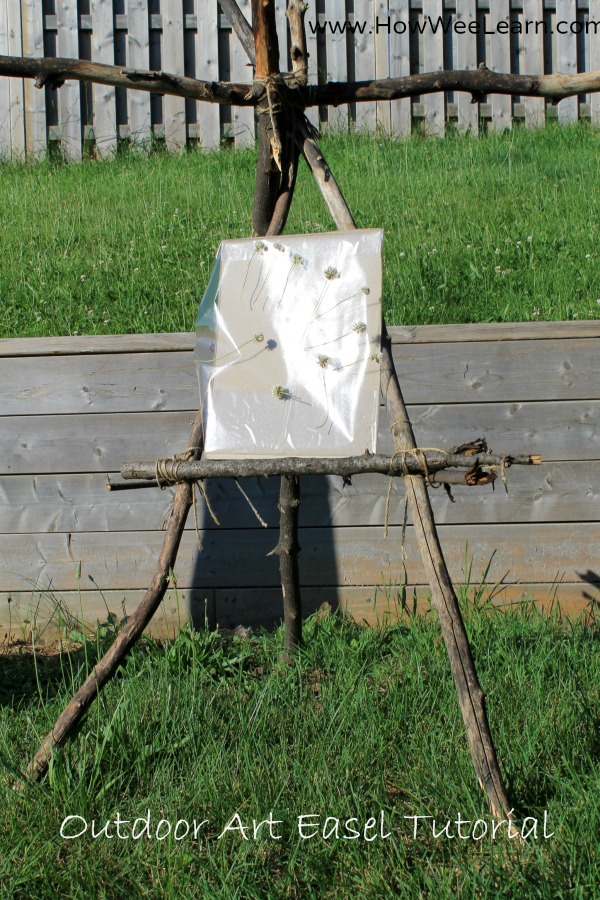 Before we begin our ‘how to build an easel for kids using really big sticks’ tutorial, I would love for you to read our ‘how to build an awesome fort for kids out of really big sticks’ tutorial.  The knot that is described in that tutorial is key to the success of this art easel – in fact, the whole tutorial is very similar.  Once you have given the fort tutorial a quick read – and learned the game-changing knot – you are ready to build an easel!

To begin, I took one of the ‘teepee’ parts of our stick fort.  The three big sticks that had been supported with the super-duper knot.  We had also stuck the three ends of the stick into the ground just a little bit to give them some more support.  My kids use the fort for many purposes – a tent, a climber, high bars … and Benjamin was trying to eat it at one point.  So it needs all the support it can get.

Once we had the three sticks attached together and stuck somewhat into the ground, we simply knotted a smaller stick in between each of the bigger sticks making 3 sides to our art easel.  I was sure I used a nice and sturdy and fairly straight stick for the side of the art easel that I assumed would be the front.  I knotted that one in front of the two big sticks so it had a little ledge to put artwork on. 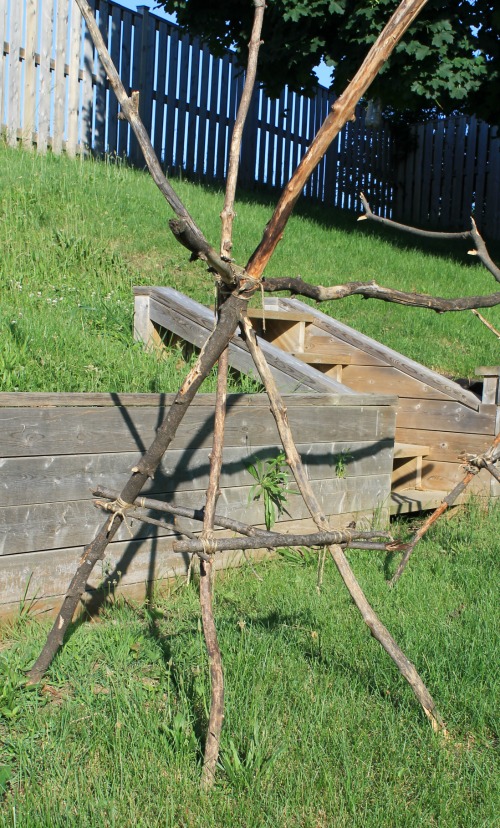 And that is how to build an easel out of really big sticks!

Since we are shy on art supplies, we were very thankful to craft with what Mother Nature provides us right in our own backyard.  I put some contact paper on the back of a piece of cardboard – sticky side out – and let my little artists create a beautiful nature collage. 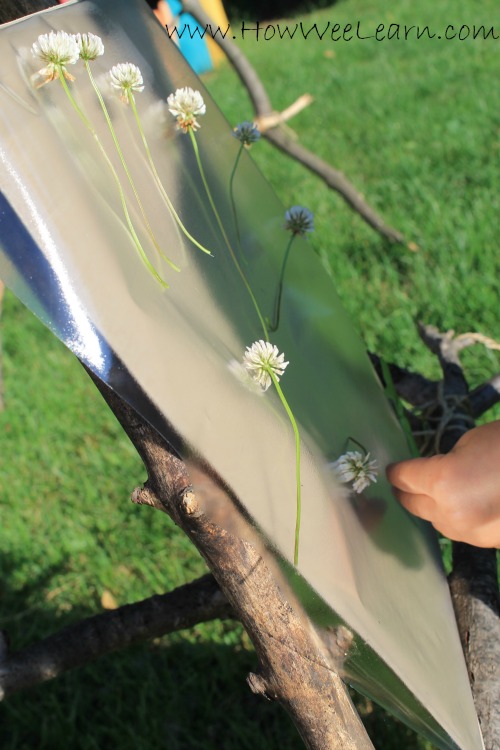 I think an easel like this might just make it’s way indoors at our new farm house – I think it is quite charming!  We could add wood to one side and paint it with chalk paint … or add a magnetic board … oh the possibilities!  No need for anything fancy over here – some big sticks and twine will do just fine!

Please consider liking us on Facebook so we can share more creative learning activities with you and your little ones! Thank you!

« 9 UNIQUE Outdoor Activities for Babies
When moving is hard … »