We are in the middle of an exciting adventure right now – Sammy is completely taken with learning to write. He loves it!

As you may know, I am a proponent for waiting to have little ones learn to write. There are SO many other things for those little hands to do!

Now that Sam is almost 6 he is completely ready and super excited to learn to write.

This weekend we did a scavenger hunt that was a big hit and super simple. 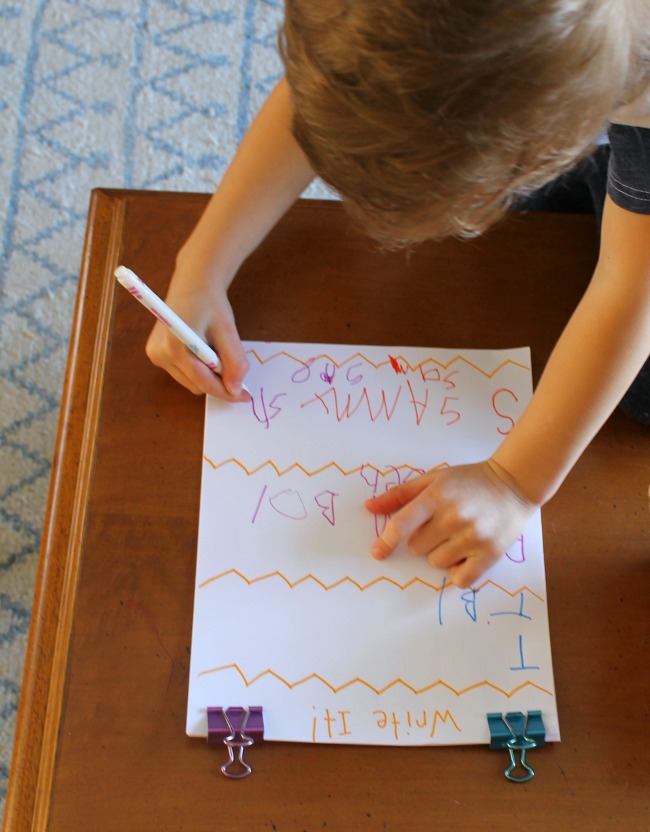 I grabbed some papers and clipped them together. Well, that’s not actually accurate. First of all I searched and searched for our clipboard that I know exists but I could not find. And now I question that it does in fact exist and will be getting one next time we are at the Dollarstore.

Anyways, whether it is on a clipboard or just a stack of papers, I simply added a few letters to a sheet of paper and had Sam go on a scavenger hunt throughout the house to find things that began with the letters.

He used ‘kid spelling’ which is a very powerful thing for children to do. He stretched out the sounds of a word as he said it slowly. For the word TABLE, for example, he heard three sounds TBL.

That is fabulous! Vowels are tricky and come later. But knowing how sounds work, and stringing them together to make words is incredible powerful for kids. 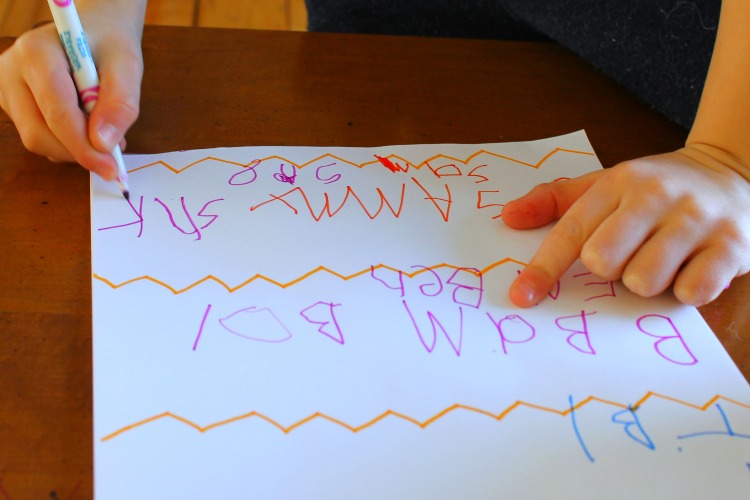 Fantastic for building their self confidence (and about a million other things too) {That seems to be my saying for this post, bear with me I think that’s the last time I’ll use it} 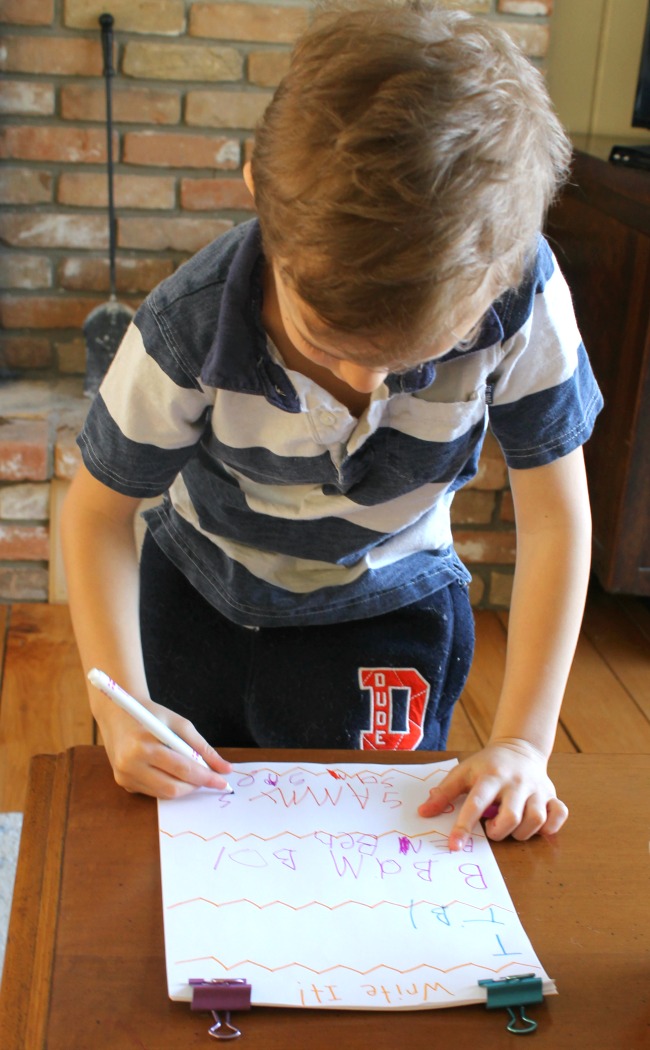 He really loved this scavenger hunt and I loved it too. So full of learning, easy to set up, easy to make trickier or easier, and great for little siblings too.

Ben decided to join in on the scavenger hunt and drew a picture when he found something that started with that sound. Well, sort of. But he was listening and hearing different sounds and learning a ton all the same.

Plus he was as proud as punch, which is really all that matters when you are barely 3.

This scavenger hunt could be changed to be a number hunt as well. We could write numbers on the paper and my boys could try to find something that we have 3 of, for example.

We could make it a sight word scavenger hunt by hiding sight words around the house for Sam to find and write.

We could hunt for different textures and write them as well! In fact, this would work for … about a million other things too! {Okay, that was the last time}

I hope it gives you an idea that might work well for you and your little ones.

Thanks for reading friends! Have a lovely Monday.