Have you met Tundra yet? She is a complete sweetheart. Calm, friendly, fabulous with kids … pretty much the perfect dog. 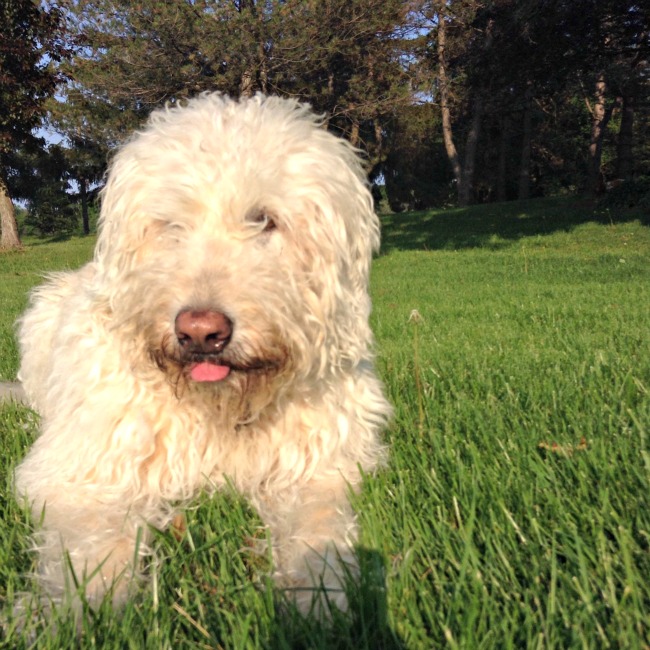 But when she was a puppy she was wild. Wild.

That was her past though. We try to not focus on that and instead focus on the sweetie she has become. 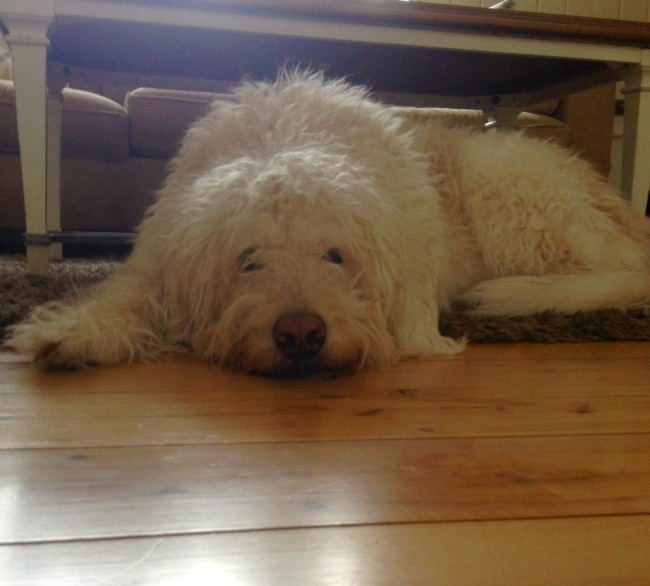 I think of that often, actually, when I am home with the boys in the middle of winter and they get wild. Wild. But that is another thing altogether. Though I really hope they turn out like our dog. Hmmm …

And apparently the most terrifying thing that could have happened for poor Tundra.

Sam was really into the activity and created a very cute Tiger. 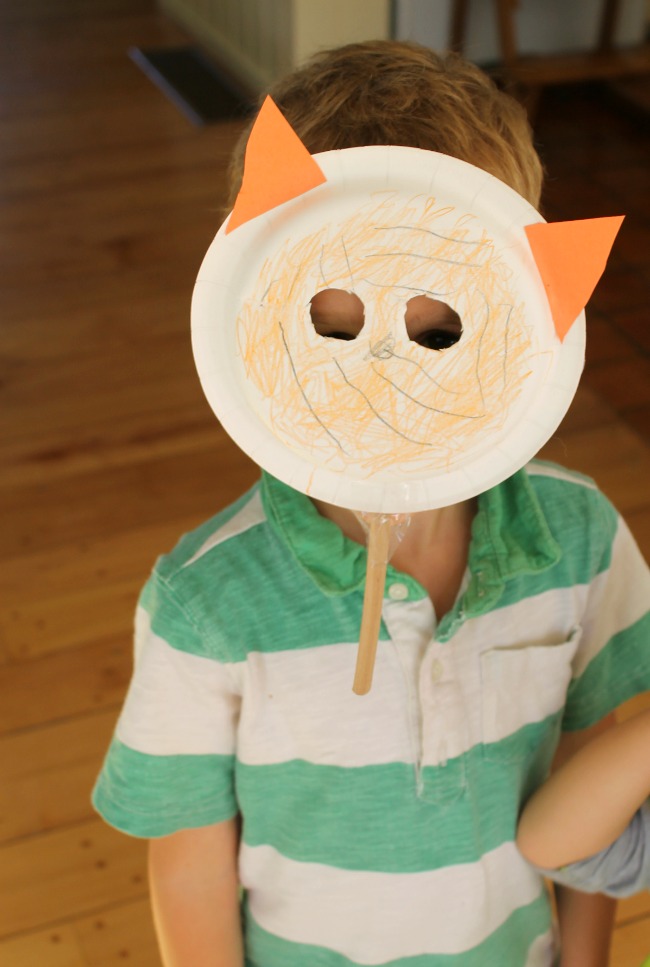 Ben opted to play hockey (because right now if he is awake, he is opting to play hockey). I am not sure if this is a phase or if he will become the next Wayne Gretzky (Is that still a good reference? I really don’t know hockey – I’m one of the ten Canadians that don’t).

Back to the tiger. Sam worked hard colouring his mask, cutting out orange triangle ears, and drawing on whiskers and a nose. It looked cute – but nothing like a real tiger. Apparently Tundra disagreed.

Sam found out he could hold the mask on himself by holding the tip of the popsicle stick in his teeth. Leaving his hands free to crawl around like a real tiger.

Perhaps this was what took Tundra for a loop. Poor Tundra.

Sam decided to work on getting Tundra used to the mask. He was rather ‘dog whisperer-like” in fact. First he put the mask down on the ground and called Tundra over. Then he picked the mask up in his hand, still petting Tundra, then he put it to his face, still talking and petting her, then Tundra made a beeline for the back door and was outta there.

Apparently our dog cannot be classically conditioned to like tigers.

We will see how she does with the bear mask that is next on the craft table.

« Playing with Volume in the Rice Table!
5 Little Pumpkins »

This website uses cookies to improve your experience while you navigate through the website. Out of these, the cookies that are categorized as necessary are stored on your browser as they are essential for the working of basic functionalities of the website. We also use third-party cookies that help us analyze and understand how you use this website. These cookies will be stored in your browser only with your consent. You also have the option to opt-out of these cookies. But opting out of some of these cookies may affect your browsing experience.
Necessary Always Enabled
Necessary cookies are absolutely essential for the website to function properly. This category only includes cookies that ensures basic functionalities and security features of the website. These cookies do not store any personal information.
Non-necessary
Any cookies that may not be particularly necessary for the website to function and is used specifically to collect user personal data via analytics, ads, other embedded contents are termed as non-necessary cookies. It is mandatory to procure user consent prior to running these cookies on your website.
SAVE & ACCEPT
0 shares