With a few new babes in the world, and some friends now Mamas, I thought I would update this post on our favourite action songs for babies! 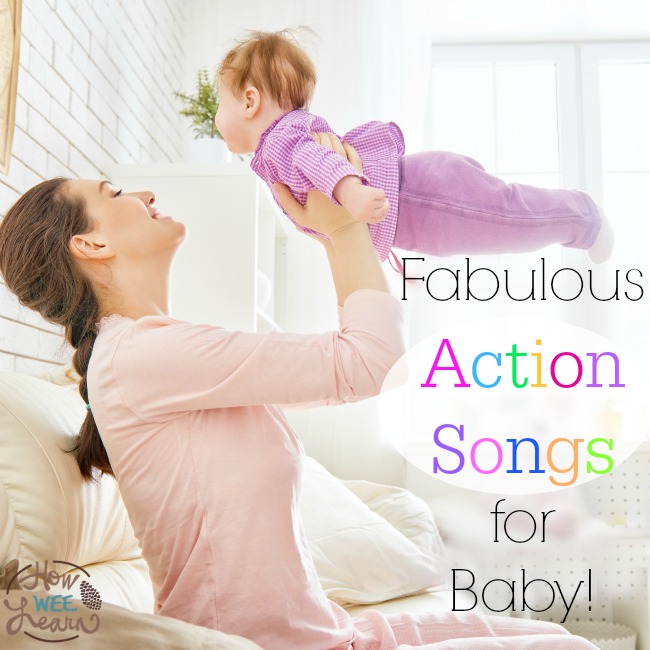 Songs for babies are simple, fun, and oh so educational!  Action songs for babies – even more so!  My Benjamin just loves these songs – I hope your wee ones will too. 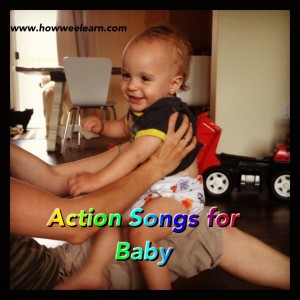 I wanted to share 4 of our favourite action songs.  They are simple, and can turn fussy moments quickly into fun moments.  These songs are also great for waiting in lines, or at the doctors – as long as you are not too shy (or have an 11 year old daughter who is mortified by her mother singing in public)

1. Baby Songs : Bumping up and Down in My Little Red Wagon 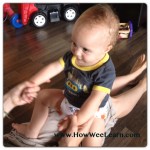 This one is probably my Benjamin’s very favourite song at the moment.  He sits on my lap facing me and I bump my knees up and down singing,

“Bumping up and down in my little red wagon,

Bumping up and down in my little red wagon,

Bumping up and down in my little red wagon,

Won’t you be my darling?”

Then I drop one leg flat, sitting him on just one knee and bump him bumpier (like this) 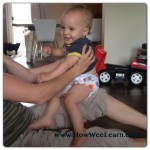 And sing, “One wheel’s off and the axle’s broken,

One wheel’s off and the axle’s broken,

One wheel’s off and the axle’s broken,

Won’t you be my darling?”

2. The Grand Ole Duke of York

This one is fun for your baby and an amazing arm work out for you!

“The Grand Ole Duke of York,

He had ten thousand men,

He marched them up to the top of the hill: 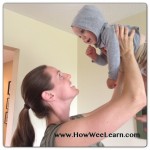 And Marched them down again: 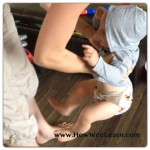 And when they were only half way up:

They were neither up (up again – you can do it!) or down (lower babe down)

This rhyme/song is excellent for even the wee-est of babes.  It is a great time to gently stretch their little muscles and introduce opposite words too. When you say ‘Roly Poly’ you can gently roll babes arms 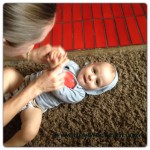 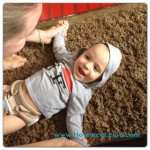 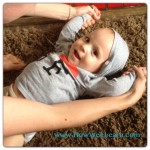 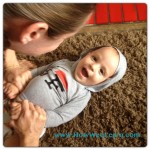 This is my Sammy’s absolute favourite action song from when he was a baby – and he still loves it.  The words are rather gender stereotyped, so feel free to get creative – we change them to all sorts of things!  But here is (what I think might be!) the original: 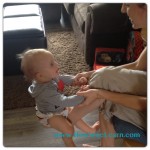 Songs for babies are a great way to add some fun and learning into every day.  Songs can introduce knew words, rhyming sounds, pitch, and rhythm. 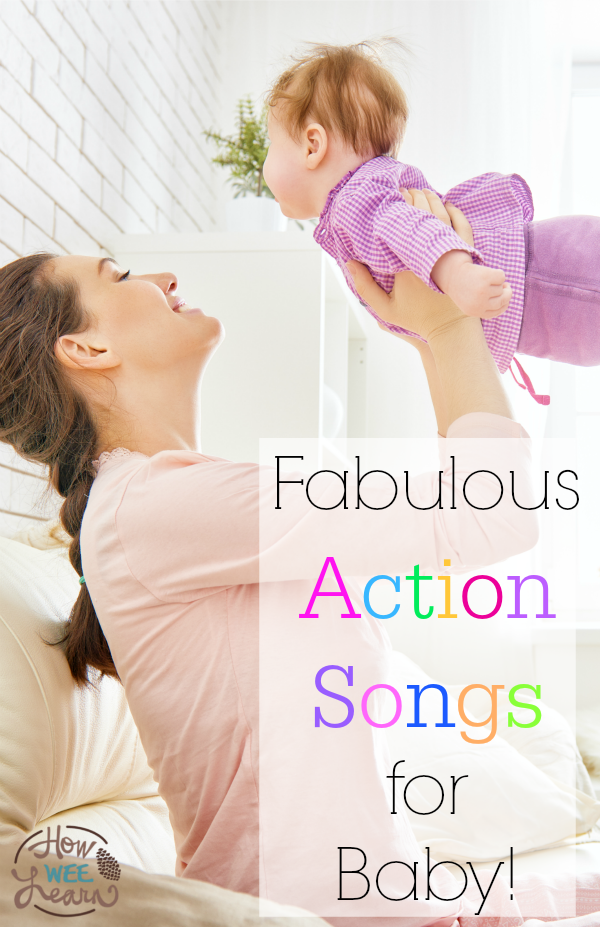 Action songs for babies are an excellent way to accomplish these learning goals, as they are sure to hold your babies attention.

A Year of Educational Quiet Bins

Everything you need to know about your 18 month old

« Welcome to our Farmhouse!
Wooden Blocks Made from Our Old Tree »

This website uses cookies to improve your experience while you navigate through the website. Out of these, the cookies that are categorized as necessary are stored on your browser as they are essential for the working of basic functionalities of the website. We also use third-party cookies that help us analyze and understand how you use this website. These cookies will be stored in your browser only with your consent. You also have the option to opt-out of these cookies. But opting out of some of these cookies may affect your browsing experience.
Necessary Always Enabled
Necessary cookies are absolutely essential for the website to function properly. This category only includes cookies that ensures basic functionalities and security features of the website. These cookies do not store any personal information.
Non-necessary
Any cookies that may not be particularly necessary for the website to function and is used specifically to collect user personal data via analytics, ads, other embedded contents are termed as non-necessary cookies. It is mandatory to procure user consent prior to running these cookies on your website.
SAVE & ACCEPT
889 shares