Are you grossed out with the thought of using toilet rolls in crafts for kids?  Would you be okay to build a snowman craft with a toilet roll?  If not, close your eyes and pretend I am using a paper towel roll.  (But I’m not … and I may have dug it out of the recycling bin too …) 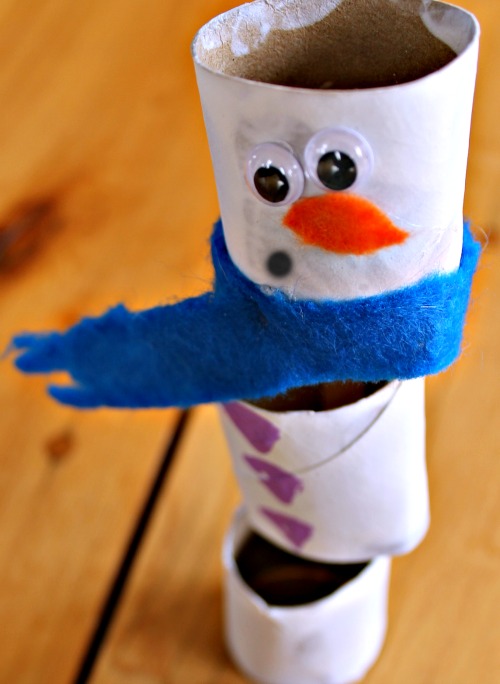 This cute little topsy snowman craft was a big hit with my preschooler.  Fun to make, and tons of fun for pretend play afterwards.  It ended up being a rather neat lesson in balance and stability too. 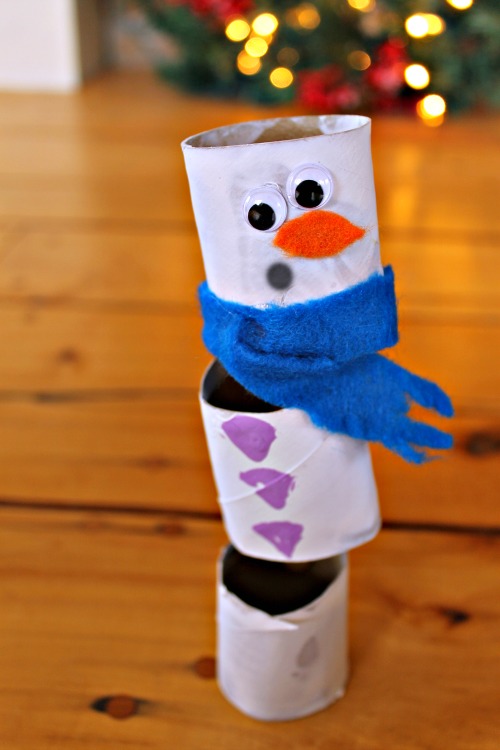 To make this Topsy Build a Snowman Craft:

First of all, find a ‘paper towel‘ roll and cut it into 3 pieces.  I like to use a serrated knife for this.

Next, have your little one paint all 3 pieces of the roll white.  My little guy decided to roll them in a puddle of white paint – while it took awhile to dry, it did leave a nice white coating.

Once it is all dry, add the details.  Sam did a little bit of painting, but I wanted to tie in some other textures – so we used some felt and fabric for the carrot nose and scarf. 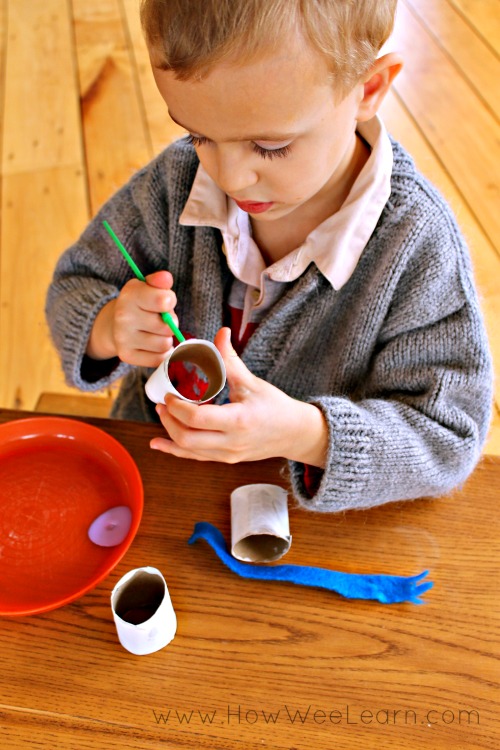 After, we began to hot glue the pieces onto a popsicle stick.  We started with the bottom piece so he would stand.  Next we added the middle section.  Sam taped it first so we could be sure our topsy little snowman would still stand.  When he was satisfied (ish) I glued.  And then of course the head.

It was a little tricky making this little snowman craft stand up.  Definitely possible, but a great way to have little ones practice some problem solving. 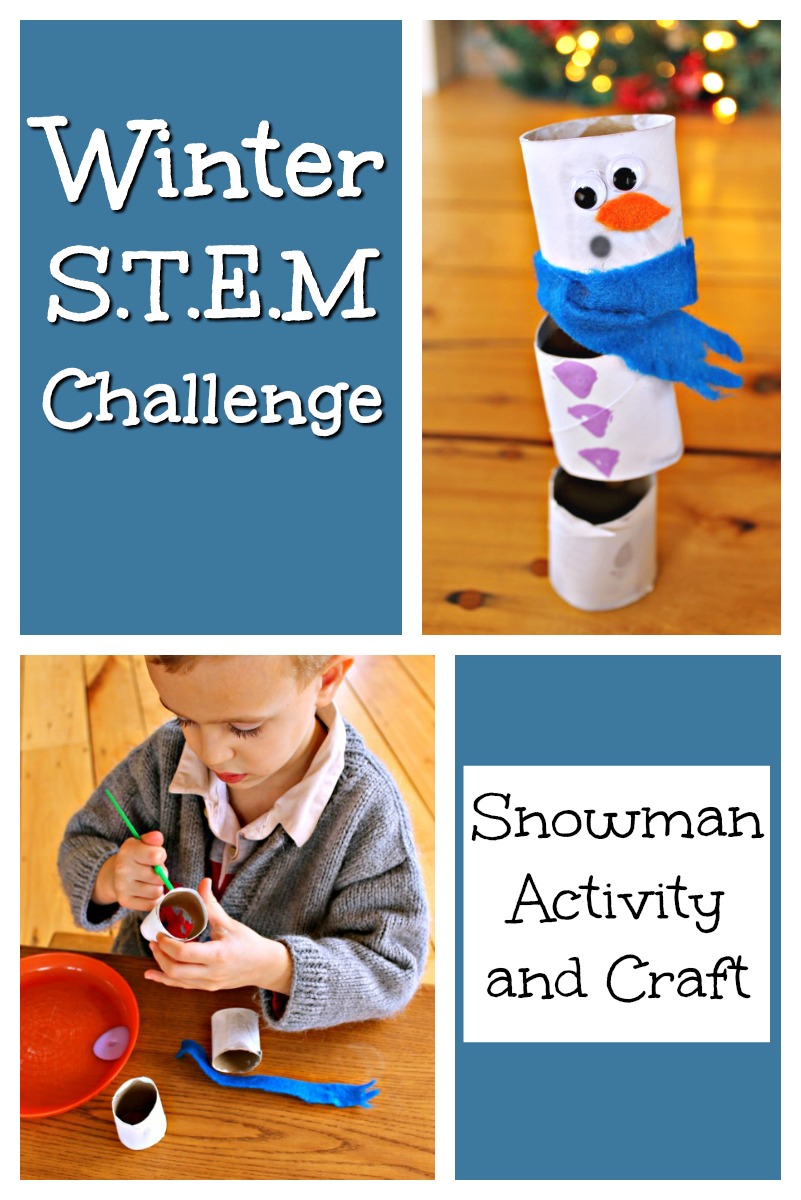 I gave my Sam some tape and let him tape on all the sections and play around with different positions.  Sometimes he had the snowman taped to the front of the popsicle stick, sometimes the pieces were quite slanted.

It is awfully fascinating watching children think creatively.  And who knew this simple craft would be so good for problem solving?! (Oh, um … me … right, I planned it this way … really …) 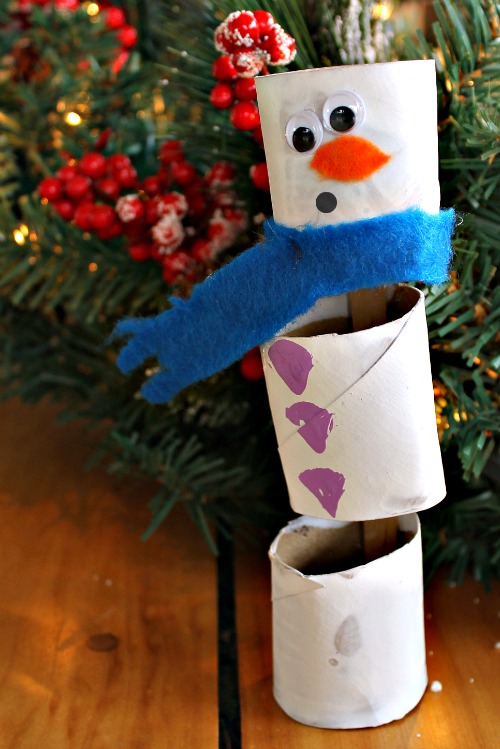 This silly little snowman has had some fun at our house too.  He has spent some time in the Christmas tree as an ornament, some time in the doll house, a bit of time on the workbench, and has even helped to collect the chicken eggs a time or two.

This little snowman builds creativity even after he is built! 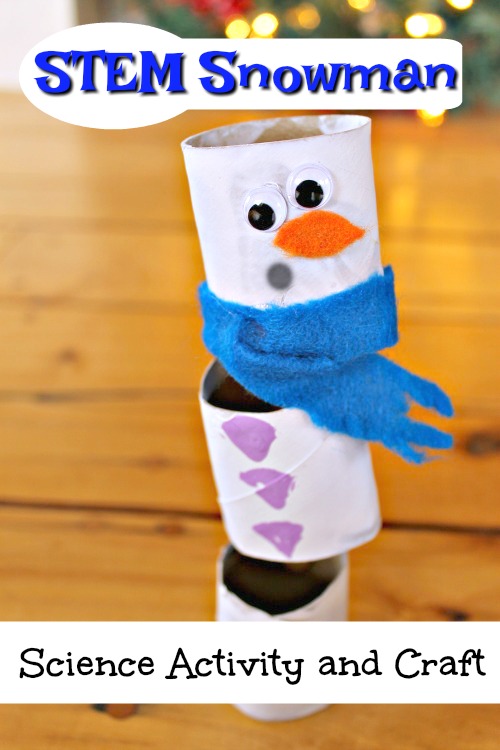 It’s so neat when a craft turns into so much more. This one ended up being a great STEM challenge, perfect for a cold winters day.

So grab your TP rolls (lysol spray, if that’s your fancy) and get to crafting!

Please consider liking us on Facebook or following along with our over 150 000 Pinterest followers for more creative learning ideas.  Thank you! 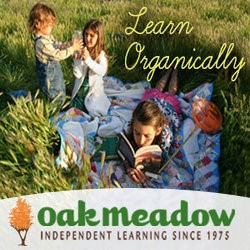 This website uses cookies to improve your experience while you navigate through the website. Out of these, the cookies that are categorized as necessary are stored on your browser as they are essential for the working of basic functionalities of the website. We also use third-party cookies that help us analyze and understand how you use this website. These cookies will be stored in your browser only with your consent. You also have the option to opt-out of these cookies. But opting out of some of these cookies may affect your browsing experience.
Necessary Always Enabled
Necessary cookies are absolutely essential for the website to function properly. This category only includes cookies that ensures basic functionalities and security features of the website. These cookies do not store any personal information.
Non-necessary
Any cookies that may not be particularly necessary for the website to function and is used specifically to collect user personal data via analytics, ads, other embedded contents are termed as non-necessary cookies. It is mandatory to procure user consent prior to running these cookies on your website.
SAVE & ACCEPT
1645 shares