I did a neat activity with my little ones while I was teaching kindergarten.  I am sure you have seen this classic before.  The little one lays down on a big sheet of paper, a partner traces them, and they cut ‘themselves’ out and decorate.  I thought I would do this with Sam one afternoon … but as I should have known – he had ideas of his own.

He was all eager and excited about the idea at first.  He laid down, I traced him, and we worked together to cut him out.  The scheming was already beginning.  He was going to place the “flat Sammy” in his bed, hide behind his door, and call his Daddy in when he returned from work — oh it was going to be good!

Once Sam was cut out, I was about to go down to get the markers and yarn, but Sam (real Sam) spotted the blocks.  He thought we should use the Sam (cut out Sam) as a blueprint to build a Sam (a block Sam).  Yep. 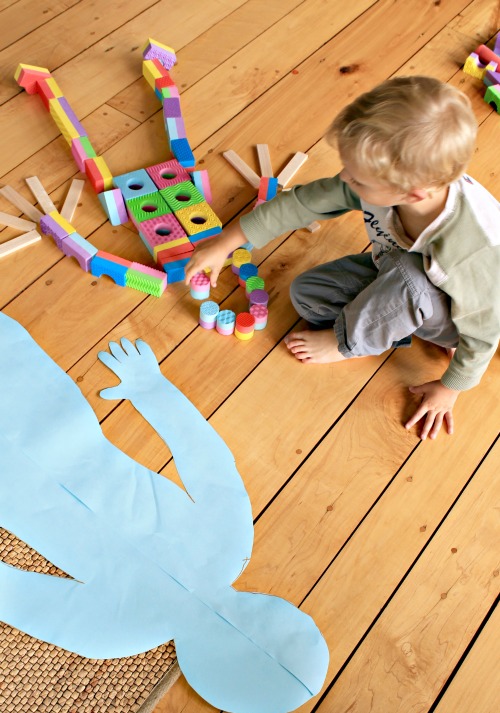 Once I figured out which Sam was which, and what the plan actually was, I was quite impressed!  This was a great idea.  Full of creativity, visual spatial skill development, copying and symmetry – it was full of the good stuff. 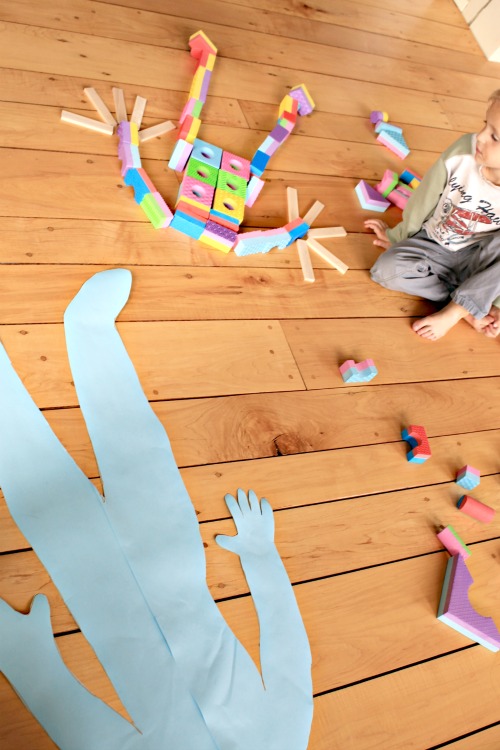 He got stuck with a part or two and asked for some help.  I tried to make a suggestion instead of telling him what he should do.  I tried to give him more then one possible solution, so he could decide what best worked for what he had in mind.  I also tried hard to not mention anything unless he asked me.  I am getting better at this.  I think back to my poor Madeline trying to do an activity like this (who is now 12) and I wonder how she managed to develop any creativity at all!

Sam successfully created a Sam from his Sam blueprint. 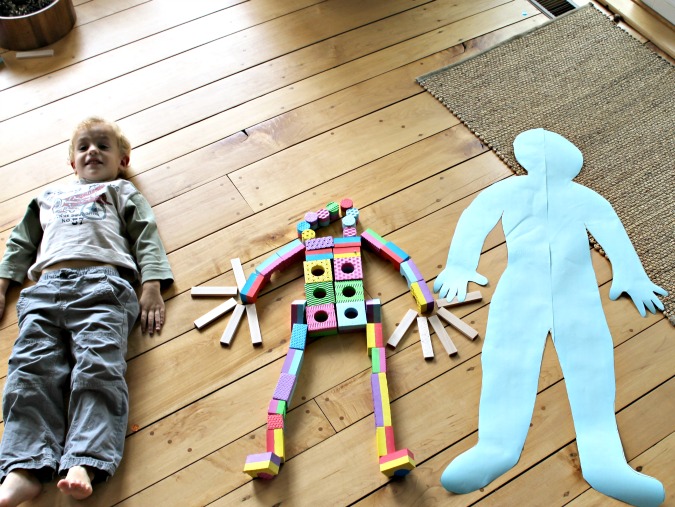 This was such a fun way to spend an afternoon, even if it was not at all the activity I intended it to be!  I should know better by now – that boy has his own creative ideas.

Please consider liking us on Facebook so we can share more creative learning activities with you and your little ones!  Thank you.

This website uses cookies to improve your experience while you navigate through the website. Out of these, the cookies that are categorized as necessary are stored on your browser as they are essential for the working of basic functionalities of the website. We also use third-party cookies that help us analyze and understand how you use this website. These cookies will be stored in your browser only with your consent. You also have the option to opt-out of these cookies. But opting out of some of these cookies may affect your browsing experience.
Necessary Always Enabled
Necessary cookies are absolutely essential for the website to function properly. This category only includes cookies that ensures basic functionalities and security features of the website. These cookies do not store any personal information.
Non-necessary
Any cookies that may not be particularly necessary for the website to function and is used specifically to collect user personal data via analytics, ads, other embedded contents are termed as non-necessary cookies. It is mandatory to procure user consent prior to running these cookies on your website.
SAVE & ACCEPT
133 shares