As we were playing with snow this weekend … because we still have snow … still … LOTS … ahem —- as we were playing with the snow this weekend we got a bit scientific.  Perhaps it was the snow science experiment we did a few days ago that got our scientific wheels turning.  Whatever it was, what we discovered was nothing short of magical!  We made colorful snow balls disappear! 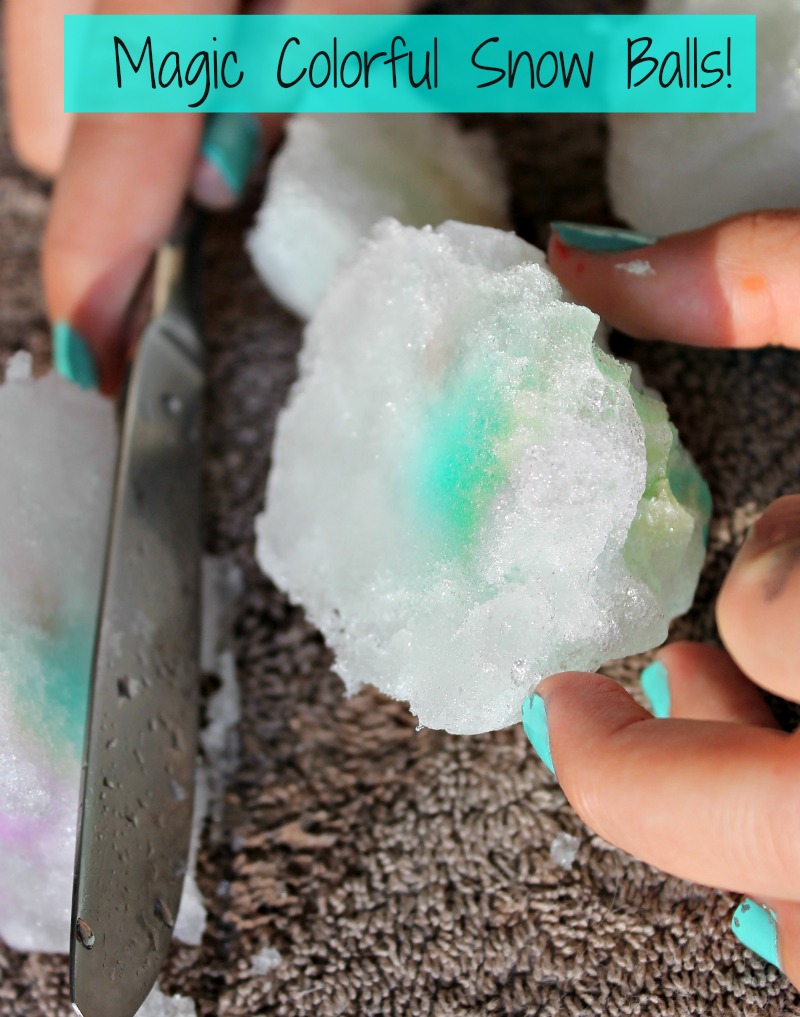 Perhaps this doesn’t yet sound as magical as it really was, so let me explain a bit more.

We were having some fun getting crafty and were making colorful snow balls.  This is a simple, fun, go-to activity for us.  I wrote about it in a bit more detail in this post on snow painting with markers – but in short, we were literally coloring the snow balls with markers. 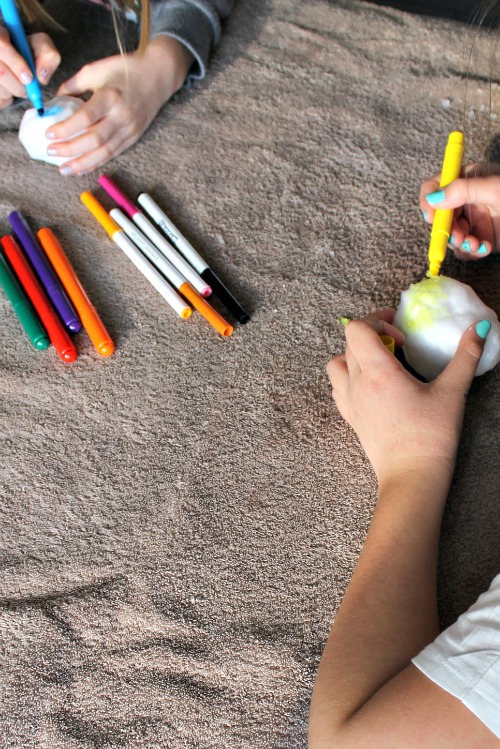 We got out the eye droppers and some water in an attempt to blend the colors together … but then …. abra cadabra … the colors disappeared off of the colorful snow balls!!! 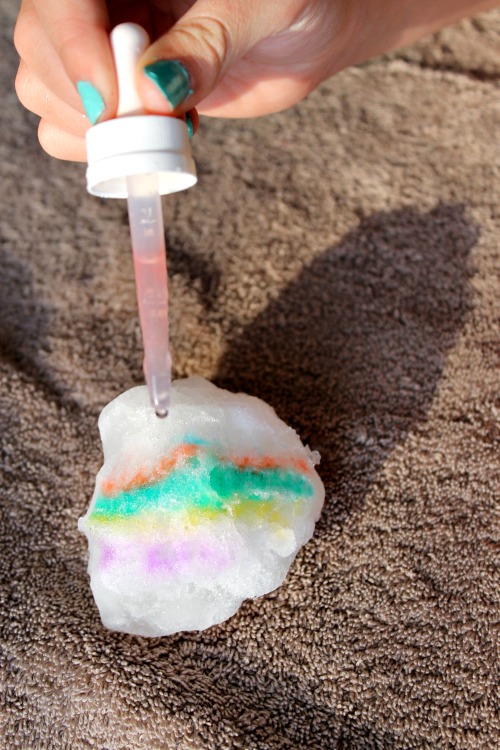 Well this simply blew the mind of my 3.5 year old Sammy.  And really baffled my 11 year old as well.  And (being honest) surprised the heck out of me too.  I really thought it would have blurred the colors together and hadn’t considered the fact it would absorb into the snow. 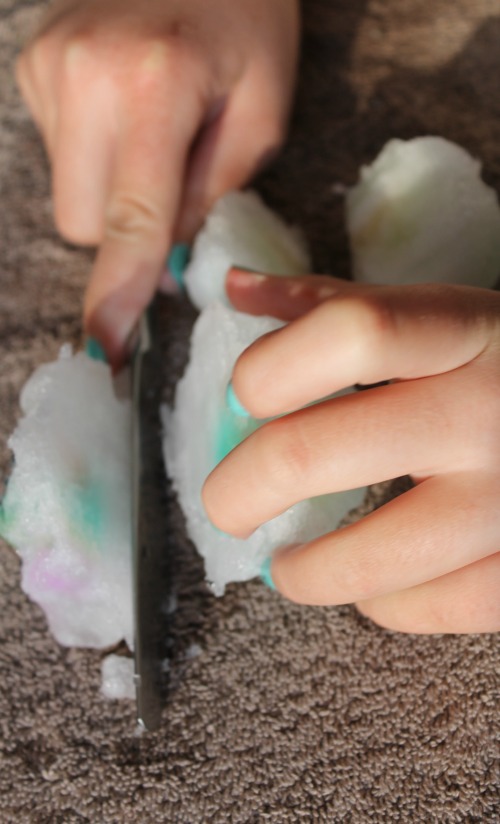 This was a pretty interesting finding, and a great chance to chat about some environmental issues as well.  Recently there has been consideration for a bi-law for not allowing salt for anti-icing the roads.  This was a great chance to explore why salt might be an environmental issue … and to consider other things absorbing into the ground as well.

And it was also a pretty cool magic trick.  I think we are going to try to use this technique to make some pictures in the near future.  I just need to get creative with the ‘how’.