I have made it a point not to begin the title of my posts with “The Best” … I know, as a blogger, that it is a good way to call attention to my post and maybe gain me a few new readers … however, being “the best” is not at all what this blog is about.  It is not about being the best mom, having the best kids, or even doing the best activities.  Nope.  We are not the best.    So … you may be reading my title, and then that last paragraph and think … why then, did you title this post “The Best Indoor Snow Experiment”?  An excellent question!

This is the one post which I would argue is truly the best.  The very best way to experiment with snow – with young children anyways.  Why would I use that title?  Because it is child-led and directed.  My little one is learning through play, trial and error, and good old fashioned exploration.  And that is really the best. 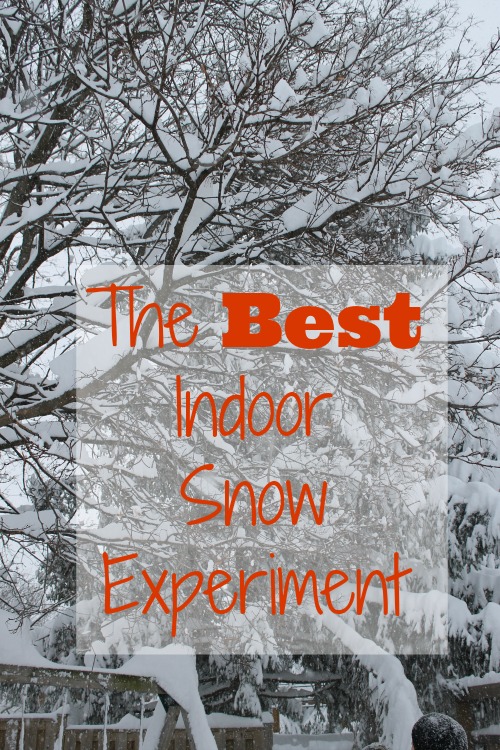 What is the best indoor snow experiment?

We started our snow experiment by bringing a big tub of snow inside.  We love to be outside – but it was -25 and being outside any longer then a minute or two would make the baby cry (and by that I do mean myself).  So we decided to do some indoor snow experimenting.

I laid out a towel and put a the big tub of snow on it.  Next to the snow I added a big tub of water.

We have done some experiments with ice before (6 ice experiments actually), and have spent plenty of time outside exploring snow, so I was interested to see how this snow exploration would go.  We had some friends over, which made the snow play that much more fun!

The kids decided they would like big spoons to dig in the snow.  While we were getting out the big spoons, they also found the potato masher and some wire whisks.  Very soon the snow was being shoveled into the water and then attempts were made to scoop the snow back out of the water.  But the snow was melting so quickly that the little ones couldn’t scoop it back up. 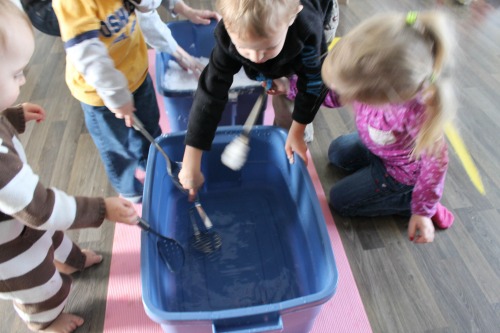 A little while later, once more snow had been added to the water the snow was not melting, or at least not melting quickly in the water.  The two preschoolers noticed and decided the water must be cold from all the snow.  They wanted the snow to melt (because they were making a snowy soup), so asked me to get them some more warm water.  I added a pitcher of warm water, but the water was still freezing.  They asked for a pitcher of really hot water – I got it, but the water was still freezing.  Finally, they decided we should dump all the water out and fill the whole tub with hot water.

Once this was done, the snow started melting in the water again.  After a little bit more playing and making snowy soup, the kids decided we should add some soap to the water to wash the snow … and, it was predicted the soap would make the snow melt faster.

Through this play my little ones were exposed to so many things.  They were exploring, experimenting, and discovering through simple play and investigation.

Do they now know that hot water will melt snow? Do they understand that buckets of warm water, when added to a tub of freezing cold water will not significantly change it’s temperature?  Are they THE BEST 3 year old snow experts?  Well, no.  If asked, they likely couldn’t answer those questions.  But they were exposed to the answers through play.  In time, perhaps a few years – or even longer – when they learn about temperature and states of matter they will have this hands on experience to draw on.  They will understand the topic better because they had the time to play. 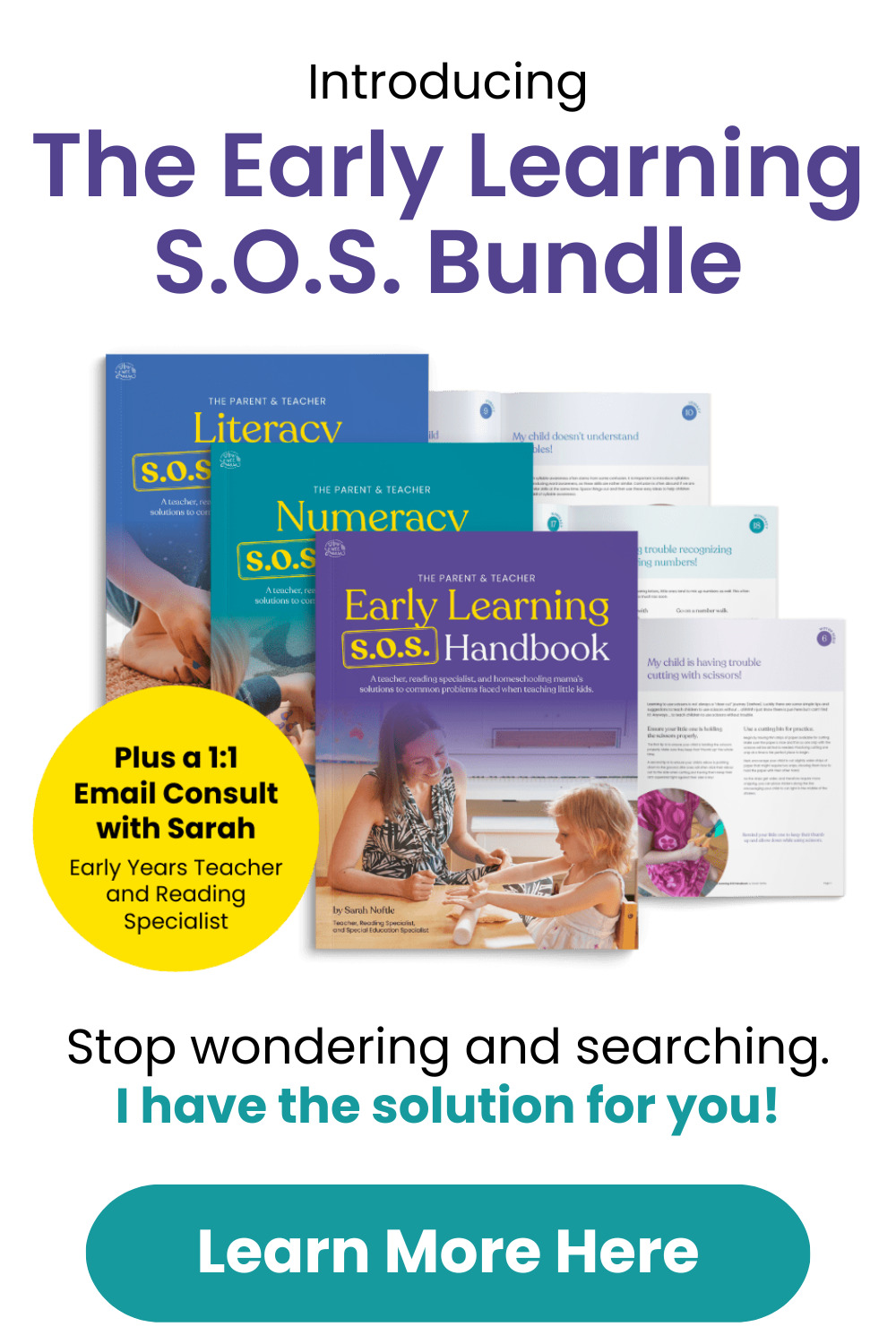 This website uses cookies to improve your experience while you navigate through the website. Out of these, the cookies that are categorized as necessary are stored on your browser as they are essential for the working of basic functionalities of the website. We also use third-party cookies that help us analyze and understand how you use this website. These cookies will be stored in your browser only with your consent. You also have the option to opt-out of these cookies. But opting out of some of these cookies may affect your browsing experience.
Necessary Always Enabled
Necessary cookies are absolutely essential for the website to function properly. This category only includes cookies that ensures basic functionalities and security features of the website. These cookies do not store any personal information.
Non-necessary
Any cookies that may not be particularly necessary for the website to function and is used specifically to collect user personal data via analytics, ads, other embedded contents are termed as non-necessary cookies. It is mandatory to procure user consent prior to running these cookies on your website.
SAVE & ACCEPT
33 shares