Superheros are becoming rather big around here.  It started with Sammy’s firefighter fascination and grew into a fascination for any sort of hero.  Sam loves running around (and jumping off of things), being a superhero, and ‘saving the day’!  Of course, baby Benjamin – who has somehow become almost a year and a half – follows right along.  So of course, my lovely tea towel apron quickly became a cape.  What is a mother to do? Never fear – the pillowcase DIY Superhero cape is here!

This DIY Superhero cape was made in less then 5 minutes – and sewing was completely unnecessary!  If you have a pillowcase and scissors you can have a superhero cape (in fact 2) in less time then you can say: BAM! POW! ZAP!

Materials for this DIY superhero cape

For this DIY Superhero cape you will need:

Optional: felt or fabric for decorating the back of the cape.  We cut a yellow star out of felt.

How to make a Superhero cape

First, choose a pillowcase the has a folded edge at the opening.  Almost all of them do. 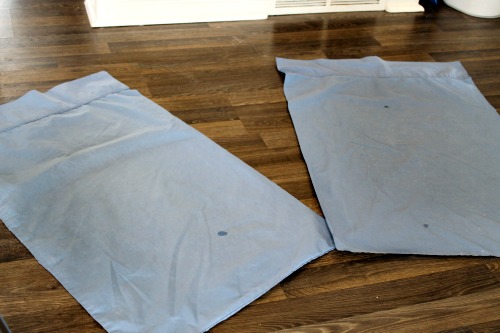 Next, cut a thin strip off of the bottom, or one side, of the pillow.  This will be the capes string.  We cut the strip from the bottom, which was good for tying the superhero cape around the back of shirts.  To tie around necks, the side strings would probably be better.

Finally, thread that cut off strip through the top of the cape (the folded down part at the opening of the pillowcase). 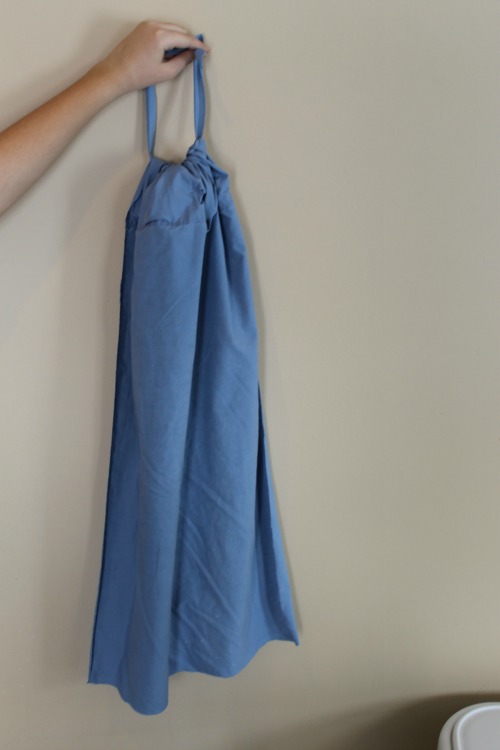 And there you have it! A five minute, pillowcase, DIY Superhero cape.  You can decorate the back of the cape with cut out shapes, felt, or even have your little superhero colour on it.  We used felt stars, which Madeline, the budding seamstress sewed on.  They could have easily been glued on as well. 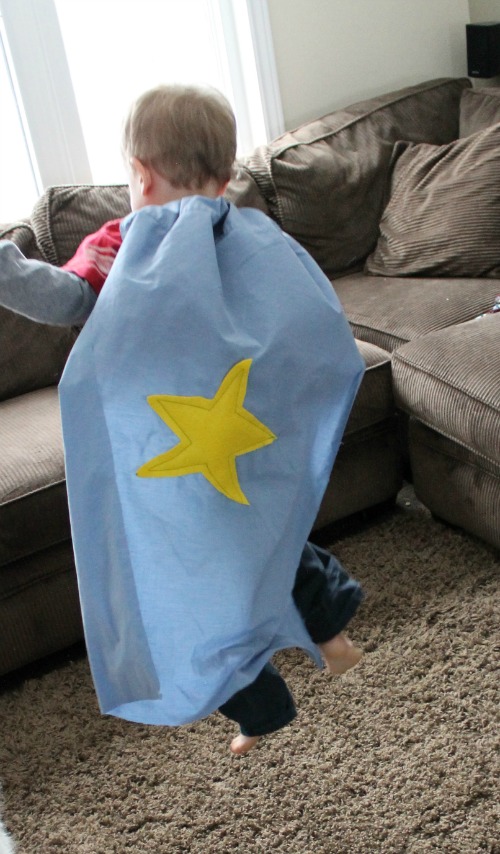 I ended up tying the cape strings around the back of the boys shirts – pulled out their shirts and tied the strings around sort of like a pony tail.  I don’t like anything tied around their necks – except, of course, to get a good picture 🙂 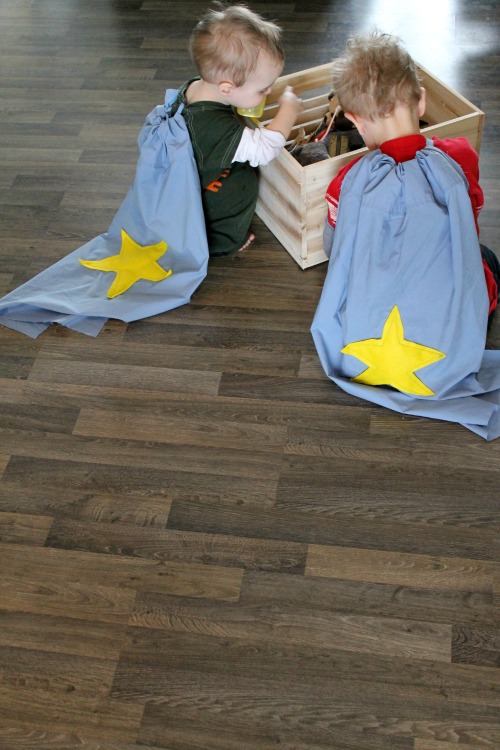 Never fear, good citizens of the How Wee Learn blogging community! We can all sleep soundly tonight knowing the world is free from little superheros without capes!

Please consider liking us on Facebook so we can share more creative learning activities with you and your wee ones! Thank you!

This website uses cookies to improve your experience while you navigate through the website. Out of these, the cookies that are categorized as necessary are stored on your browser as they are essential for the working of basic functionalities of the website. We also use third-party cookies that help us analyze and understand how you use this website. These cookies will be stored in your browser only with your consent. You also have the option to opt-out of these cookies. But opting out of some of these cookies may affect your browsing experience.
Necessary Always Enabled
Necessary cookies are absolutely essential for the website to function properly. This category only includes cookies that ensures basic functionalities and security features of the website. These cookies do not store any personal information.
Non-necessary
Any cookies that may not be particularly necessary for the website to function and is used specifically to collect user personal data via analytics, ads, other embedded contents are termed as non-necessary cookies. It is mandatory to procure user consent prior to running these cookies on your website.
SAVE & ACCEPT
122 shares