I mentioned a little while ago how I wanted to share some of my older posts with you again and how I hoped you wouldn’t mind, and how they were really cool activities but the writing was perhaps a little off, and how sometimes I rambled (okay that clearly has not gotten any better).

Well anyways, I have one of those posts I would love to share with you today. This one is all about a playful way to practice the ABC’s … or abc’s … or really any skill at all come to think of it. And all you need is a little painters tape and a paper airplane of two. Can’t beat that!

We had some friends join us earlier this week for a day – and it was lovely.  These two little monkeys are such sweethearts, and are almost exactly the same age as my littlest two.  We had such a fun (and busy) day!  One activity that turned out to be a huge hit was this paper airplane letter recognition activity for preschoolers game. 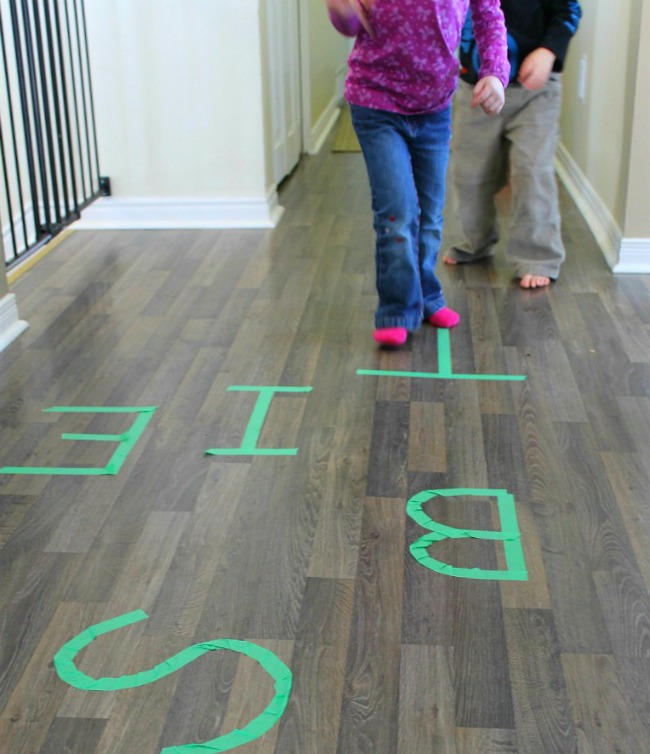 I decided to put some painters tape letters on the floor – we love putting painters tape on the floor for so many things: roads, number learning, even mazes!  I like having letters out and about in new and interesting ways – I find it sparks new ways to play and learn with them.  And that was just what happened here …

Through a series of events — Madeline learning about flight, the kids wanting to know what flight was, Madeline explaining through a paper airplane —- paper airplanes were created. Then, of course, the throwing of paper airplanes occurred.  Since we had alphabet letters on the floor already, the kids started aiming at them, trying to hit different letters. 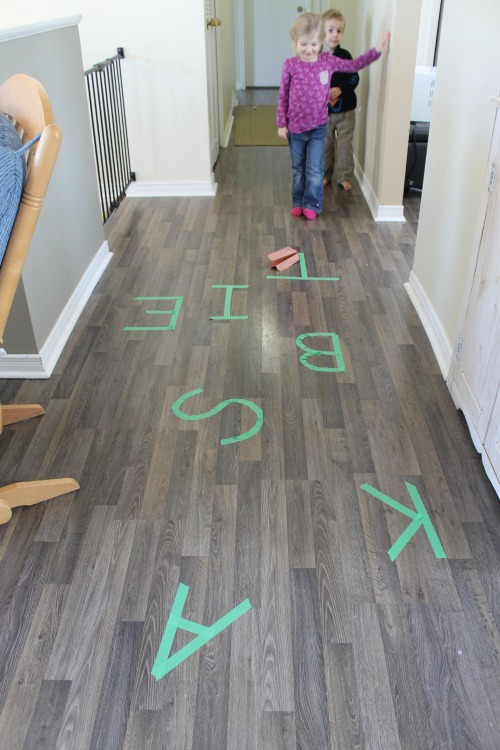 Sammy’s friend decided she would like to print the letters she hit onto her airplane to decorate it.  Cute – and fantastic!  Sammy decided he would also like to practice printing … wonderful – the positive power of peer influence at work! 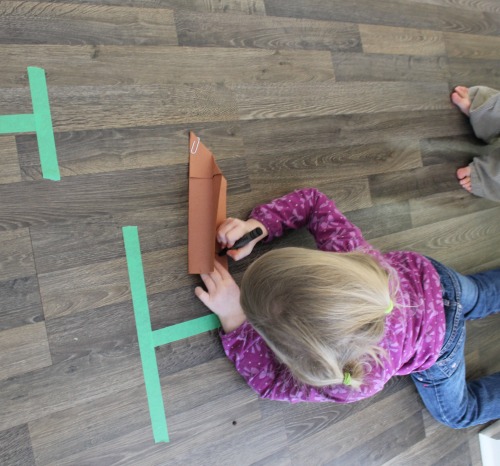 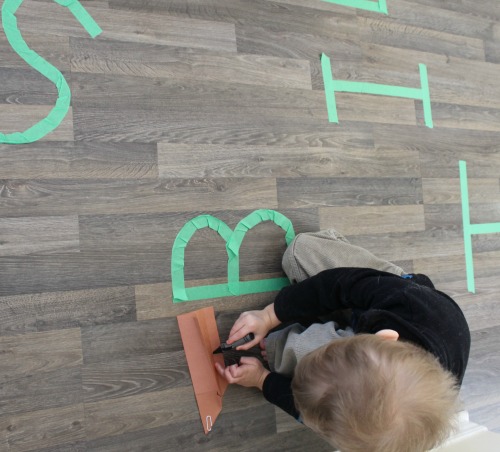 The kids had a great time with this letter recognition activity.  They would take turns throwing their planes, identifying the letter they hit, and try to write it down on their paper airplane.  So much learning with this game!

After a little while, they stopped printing the letters and then soon after that they started aiming their paper airplanes at other things all together.  I love that this game happened so naturally for these little ones – how they feel learning and playing are one and the same.

I am so passionate about helping little ones get ready to read that I wrote an entire book on the topic! These 7 steps will get your little ones ready to ROCK at reading: 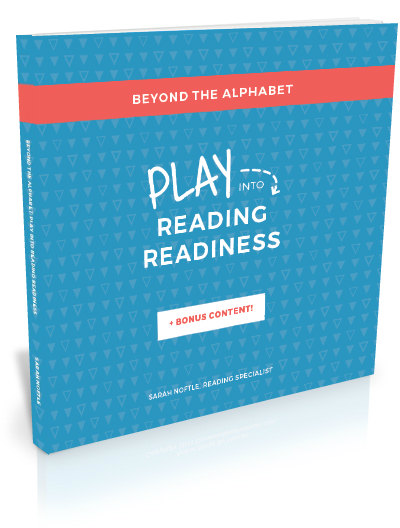 This website uses cookies to improve your experience while you navigate through the website. Out of these, the cookies that are categorized as necessary are stored on your browser as they are essential for the working of basic functionalities of the website. We also use third-party cookies that help us analyze and understand how you use this website. These cookies will be stored in your browser only with your consent. You also have the option to opt-out of these cookies. But opting out of some of these cookies may affect your browsing experience.
Necessary Always Enabled
Necessary cookies are absolutely essential for the website to function properly. This category only includes cookies that ensures basic functionalities and security features of the website. These cookies do not store any personal information.
Non-necessary
Any cookies that may not be particularly necessary for the website to function and is used specifically to collect user personal data via analytics, ads, other embedded contents are termed as non-necessary cookies. It is mandatory to procure user consent prior to running these cookies on your website.
SAVE & ACCEPT
1118 shares