Very hard to believe, but the first day we used our log balancing beam, we simply used it for balancing.  The boys were so engaged with that neat activity that they didn’t even notice it’s launching capability.

Sam stepped on the beam a little bit too quickly and noticed how fast the other side of the wood went up.  I could see the wheels turning … he glanced around – a stuffed dog?  A stuffed horse?  And then his eyes settled on his little brother.

“Hey Ben, stand on the other side of this for a minute, I have an awesome idea!”

Right.  And this is why, when my boys are together, they are supervised at all times.  A little brother launching through the air is not this Mama’s idea of an ‘awesome idea’.  But the concept was certainly cool and worth exploring. Differently. 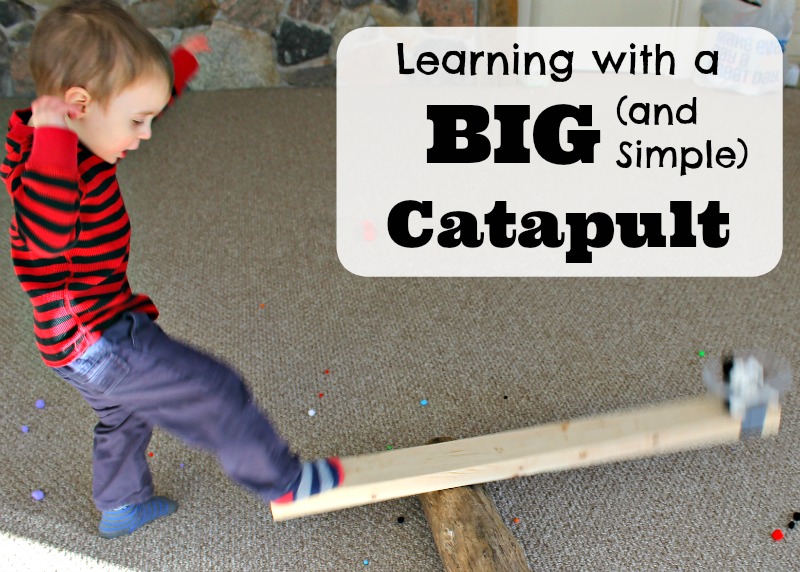 I thought we would add on a little container to the end of the balance beam – using some duct tape – to encourage the size of the items being launched to be small.  I also told the boys they should be soft.

While pompoms were not exactly what I had in mind, they were a far better idea than Sam’s first suggestion, so we went with it.  As it turned out, picking up all those pompoms between catapult launches was a great fine motor activity! 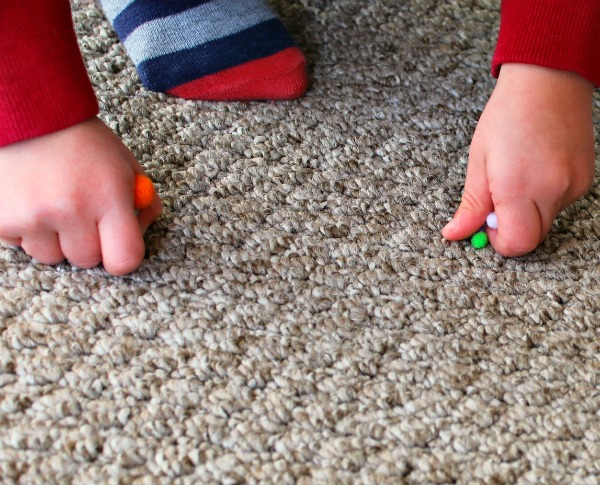 The boys simply explored the catapult on their own for some time.  They were trying to make the pompoms go very high in the air, and soon realized that the harder they pressed on the one end of the wood, the higher the pompoms went.  But only to a certain point – too hard and the wood would come off the log. 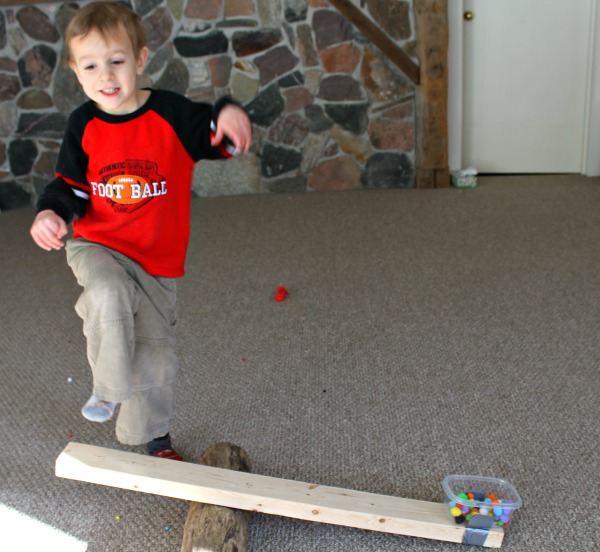 After awhile, I suggested they try playing with the position of the log.  Sam moved it one way and then the other, again trying to make the pompoms go high in the air.

While this activity seems very simple (and it is very simple) it is also a fantastic chance for little ones to explore some pretty big scientific and moth concepts through play. 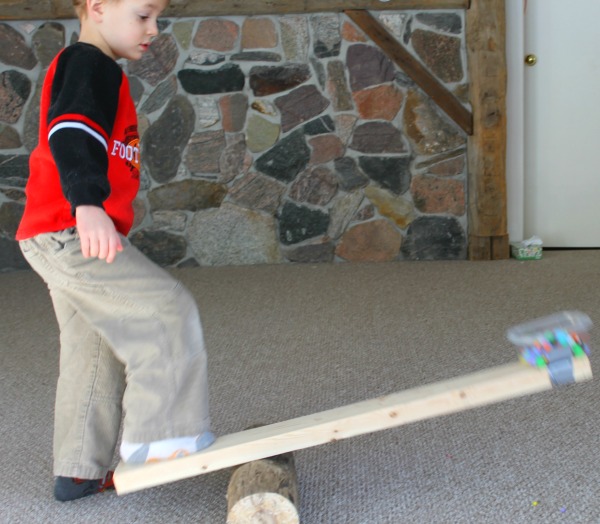 Exploring this catapult in a fun hands on way will give these little ones an experience to draw on far down the road when learning about physics.

Another February afternoon that we successfully survived! I dare say we might just pull through this Canadian winter yet again.

Hope you and yours are staying warm and keeping busy!

Thank you for reading.  Please be sure to like us on Facebook so we can share more creative learning ideas with you and your little ones!  Thank you!