Anyways, my little ones have also been letting loose and getting extra creative as well. Yesterday Sammy created this very neat 3D town, which I found so clever I wanted to share it with you! 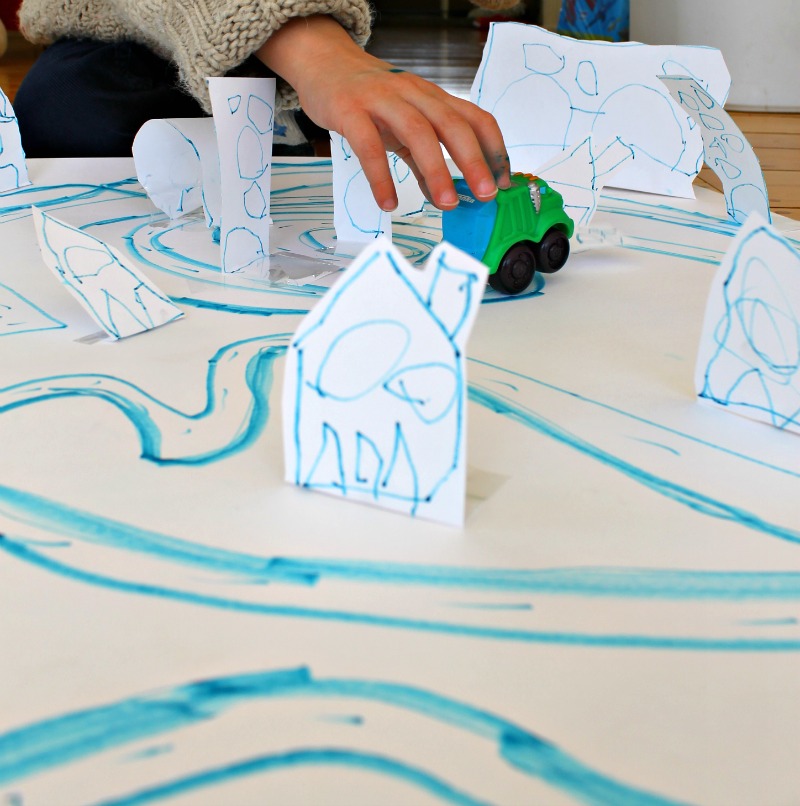 It is great for developing visual spatial skills, problem solving , cutting, and fine motor skills too.

Sam began by wanting to make a map. We have done some mapping before – in fact I wrote about how I introduce mapping to my little ones in this post, rightfully named, “An easy Introduction to Mapping for Kids“.

He decided it was going to be a very, very big map. When I offered him a piece of poster board his eyes glowed … now that he knows paper THAT big exists, there is no turning back.

He drew some curvy roads and lines all over his map. Then he decided to turn this map into a town.

I had assumed he would just draw some houses and buildings onto the map – but he had another idea.  Which looks super cool.

He took different pieces of paper and drew houses, skyscrapers, a fire hall, the mayors house 🙂 All the basics. really. 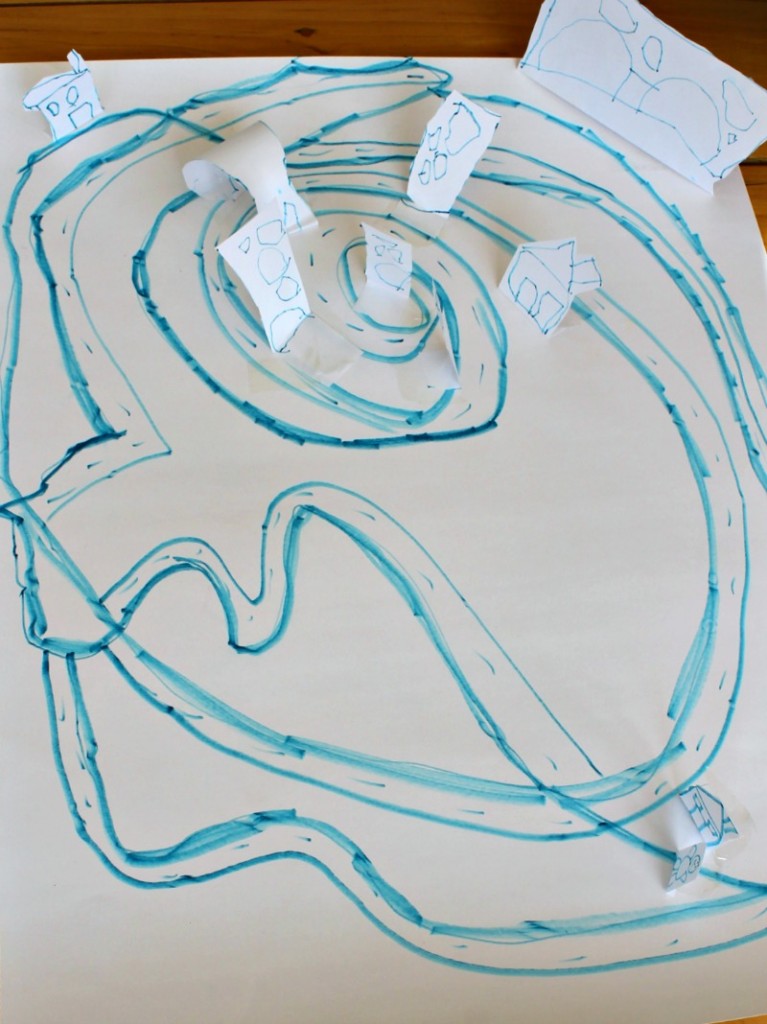 He cut them out leaving a strip at the bottom that he could fold down to tape onto the map, making the buildings stand tall.

His creativity ran wild with this.  Sam decided he was going to make a Doctor’s office. But not just any Doctor’s office – a Doctor that specializes in feet. So, clearly, the sock came off and the foot was traced … voila! A podiatrist’s office building shaped like a foot.

Once the buildings were all drawn he taped them down to his map. He placed the skyscrapers and office buildings in the middle of the map where the roads are quite close together and busy. He placed the houses on the quieter streets.

Since the foot doctor’s office was so tall, it wouldn’t stand straight. I wanted to suggest he put a popsicle stick behind it, but I didn’t. Sam decided to bend it around the road and turn it into a tunnel. Developing those problem solving skills thanks to Mama keeping quiet!

Once he was happy with is town he made a few little people and then got out some cars to go all around the town. 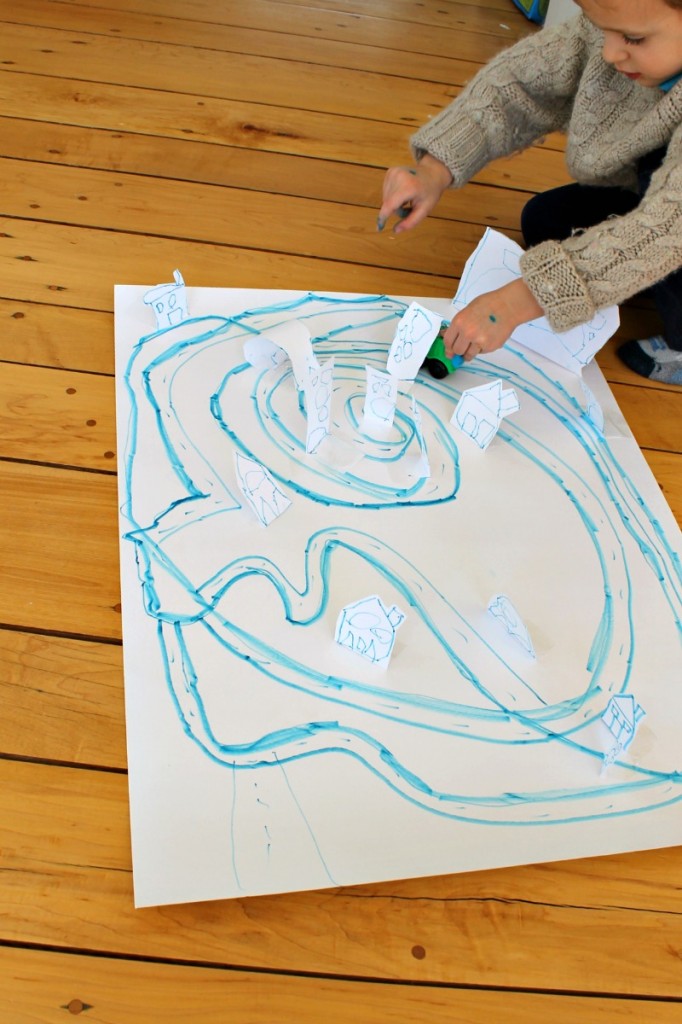 It was neat to discover that he could run the buildings and houses right over and, for the most part, they would pop back up. This worked for quite awhile – until we needed to add a little tape to the other side of the buildings.

This neat map/town creation has been his pride and joy for the last few days. He proudly displays it to anyone who comes for a visit. And was just as proud as could be to know that it was going to be shown to all of you!

Maybe you have a little architect who would enjoy giving this a try?

Thank you for reading! Please consider liking us on Facebook so we can share more creative learning ideas with you and your little ones!  Thank you!

This website uses cookies to improve your experience while you navigate through the website. Out of these, the cookies that are categorized as necessary are stored on your browser as they are essential for the working of basic functionalities of the website. We also use third-party cookies that help us analyze and understand how you use this website. These cookies will be stored in your browser only with your consent. You also have the option to opt-out of these cookies. But opting out of some of these cookies may affect your browsing experience.
Necessary Always Enabled
Necessary cookies are absolutely essential for the website to function properly. This category only includes cookies that ensures basic functionalities and security features of the website. These cookies do not store any personal information.
Non-necessary
Any cookies that may not be particularly necessary for the website to function and is used specifically to collect user personal data via analytics, ads, other embedded contents are termed as non-necessary cookies. It is mandatory to procure user consent prior to running these cookies on your website.
SAVE & ACCEPT
98 shares