One evening, I was stuck in the social media “scrolling” trap and came across a Meme that was so relatable to me I didn’t know whether to laugh or cry. It simply said: “What is better for teaching a struggling reader – red or white wine?”

I have taught my fair share of struggling readers and I have realized we really only have two choices. And guess what? They are both hard. So get ready to choose your hard, my sweet friend. 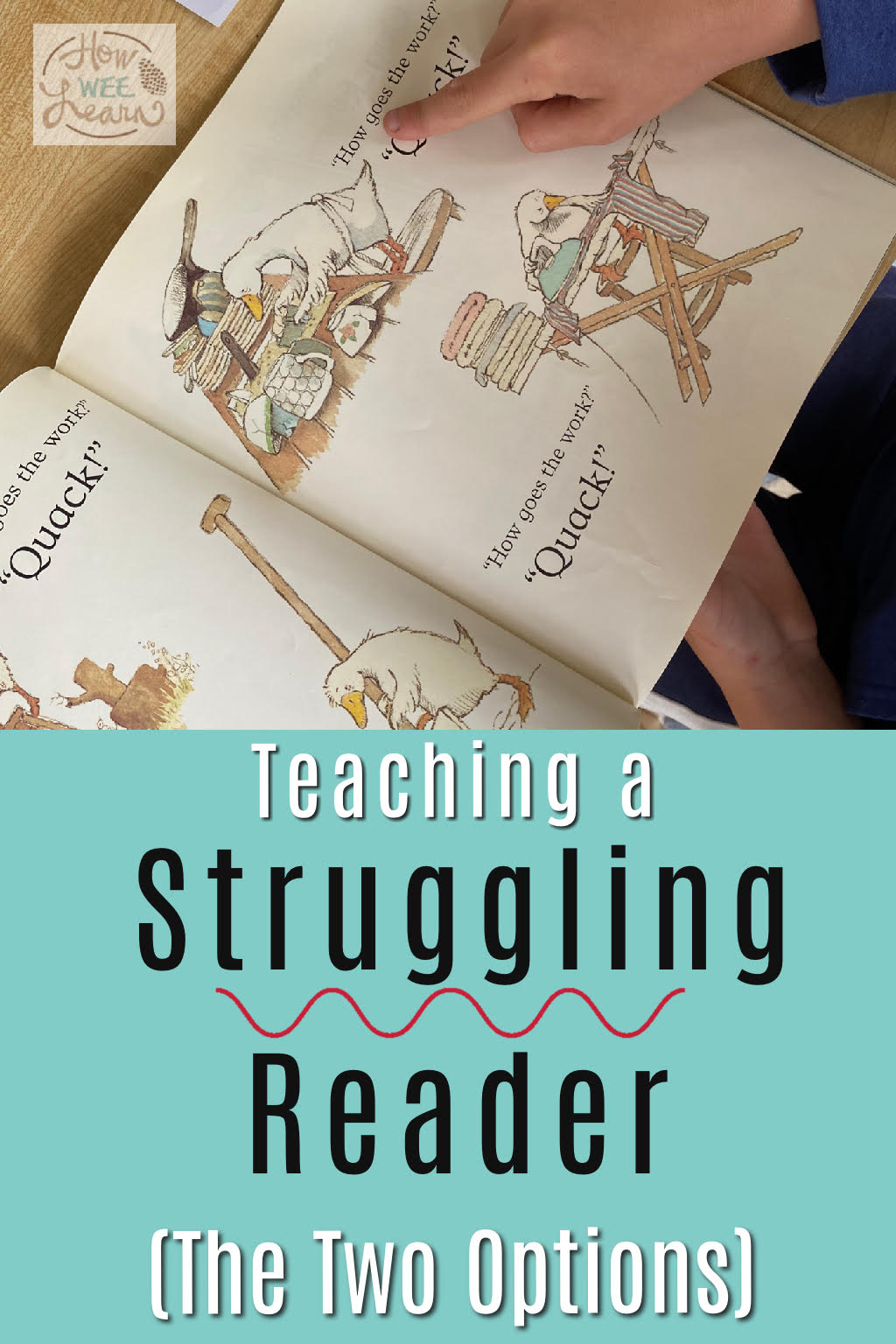 Choice number one I have done. And it was hard. Choice number one is to press on “at grade level” (and I truly cringe writing that, as how absurd to think all children develop in a linear, age-centered manner). I have done this option with students I have taught, as well as with my eldest son.

My eldest son was a rather late reader. It didn’t come easily for him and he was 8 before he was confidently reading. The decision I made was to keep him at his proper ‘grade level’ while doing our lessons and supplement as needed. For example, when I realized he wasn’t understanding the role an ‘e’ plays at the end of a word, we would have a quick chat about that and press on. When I realized he was struggling with one of his phonological awareness skills, we would have a quick lesson about that, and press on.

The reality was that often those quick lessons were not sufficient.

Often we would have to have those same quick lessons again and again as the gaps emerged because they were too quick, not in a sequential manner, and the information was not absorbed.

However, eventually it did work. The downside, as I have found, is that children start to see themselves as ‘not good at reading’ since they are continually hitting stumbling blocks. I saw it impact my son’s self-esteem even though we homeschooled, and in the classroom, unfortunately, I have seen this method impact children’s self-esteem deeply.

It’s hard to watch a child struggle. It’s hard to push them to achieve something they are not developmentally ready to achieve. Choice one is plain hard.

Which brings me to choice two. Choice two I have also done. And guess what? It’s hard.

Choice two I opted for with my younger son who was also a late reader. Of course, he is only a late reader if we compare him to the traditional school system. But that is an entirely separate discussion. (Focus, Sarah, focus). Choice two involves stopping the grade level teaching in it’s entirety, and dropping all the way back to the beginning.

Is this hard? Excruciatingly yes. But, honestly, it was only hard on ME and my self-esteem.  I worried that he would fall even further ‘behind’. I felt like I had failed him and was an inadequate teacher. But once I could put my own fear and self-esteem aside, I realized that this would only benefit my son. In fact, I would later find out he would be “caught up” in 5 short months.

It was very hard for me to watch my 8 year old son completing lessons and games that were intended for children in Grade One. But goodness, was it ever effective.

The beauty of this method is that we go through every single skill, in a step-by-step, sequential fashion. I popped all the way to my Level One Core Skills book with my son. We tackled each page, making sure he had a solid grasp on all of the literacy skills needed to read. When I could see he understood something, we just plowed right through it. When we got to a section that was information he hadn’t learned fully the first time, we slowed down and did each page.

It was incredible watching how smoothly and easily he progressed in this way! There was no frustration for him whatsoever. It BUILT his self-esteem as he was having success. Going through the skills when he was capable, and at an age where he was fully ready to grasp these concepts, was perfect.

I decided to take this approach in September, and by January we were all set to dive back into our Grade four level work.

So there you have my experience with the two of my children who struggled with learning to read. Both hard. Both ultimately led to success with reading.

And now it is your turn to pick your hard … and also; red or white?

If you are interested in checking out my Level One Core Skills Bundle (Ideal for children who know their letters and sounds but are struggling to read) Check it out right here: 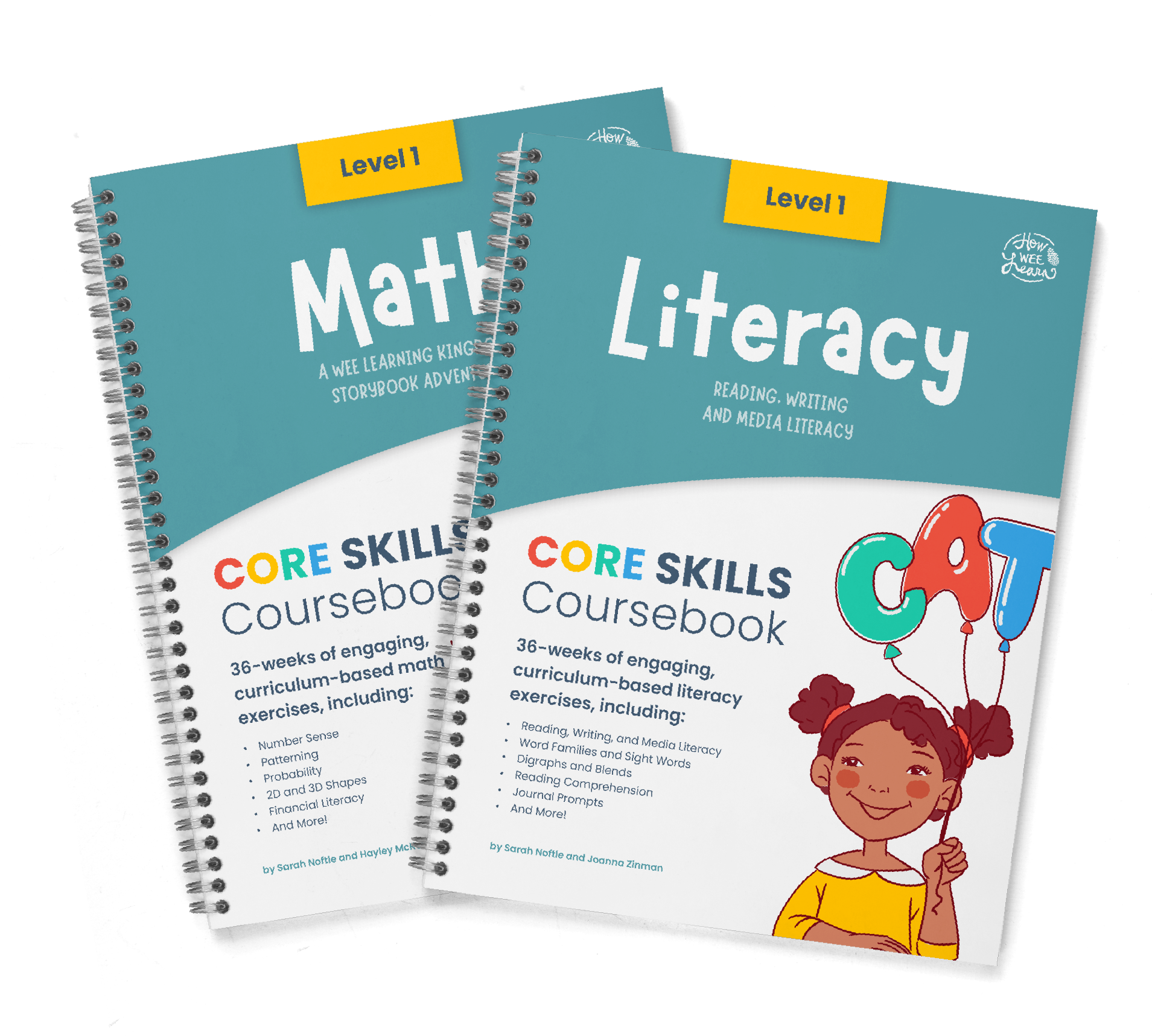 Or if you would like my “teacher support” for helping you figure out how to begin teaching your child those crucial core skill basics you can email me here: Sarah@HowWeeLearn.com I am here to help!

This website uses cookies to improve your experience while you navigate through the website. Out of these, the cookies that are categorized as necessary are stored on your browser as they are essential for the working of basic functionalities of the website. We also use third-party cookies that help us analyze and understand how you use this website. These cookies will be stored in your browser only with your consent. You also have the option to opt-out of these cookies. But opting out of some of these cookies may affect your browsing experience.
Necessary Always Enabled
Necessary cookies are absolutely essential for the website to function properly. This category only includes cookies that ensures basic functionalities and security features of the website. These cookies do not store any personal information.
Non-necessary
Any cookies that may not be particularly necessary for the website to function and is used specifically to collect user personal data via analytics, ads, other embedded contents are termed as non-necessary cookies. It is mandatory to procure user consent prior to running these cookies on your website.
SAVE & ACCEPT
50 shares