I have decided I need to tell you a story. The story of Delilah. You might recall that name as I used to write about our little duckling here once in awhile.

Little Delilah came to us when she was 3 days old. There is nothing quite as cute as a duckling, so when I got an email asking if there was room on our farm I said, “Of course!” (and then thought about how I was going to explain this one to John).

A friend of a friend’s son found a duck egg in the park. A Mama duck had been sitting on it, but with all of the children nearby she soon became frightened and abandoned the egg. This little boy took the egg home and googled how to create a homemade incubator. His Mama thought this was a fabulous science experiment and never dreamt the egg would actually hatch. However … Delilah was born.

Just a few weeks before we had heartbreak on our farm. An animal had gotten into our chicken ‘nursery’ and gotten every last one of our new little chicks. It was awful. Little hearts were hurting for a long while after that. So Delilah found us just when we need her most. 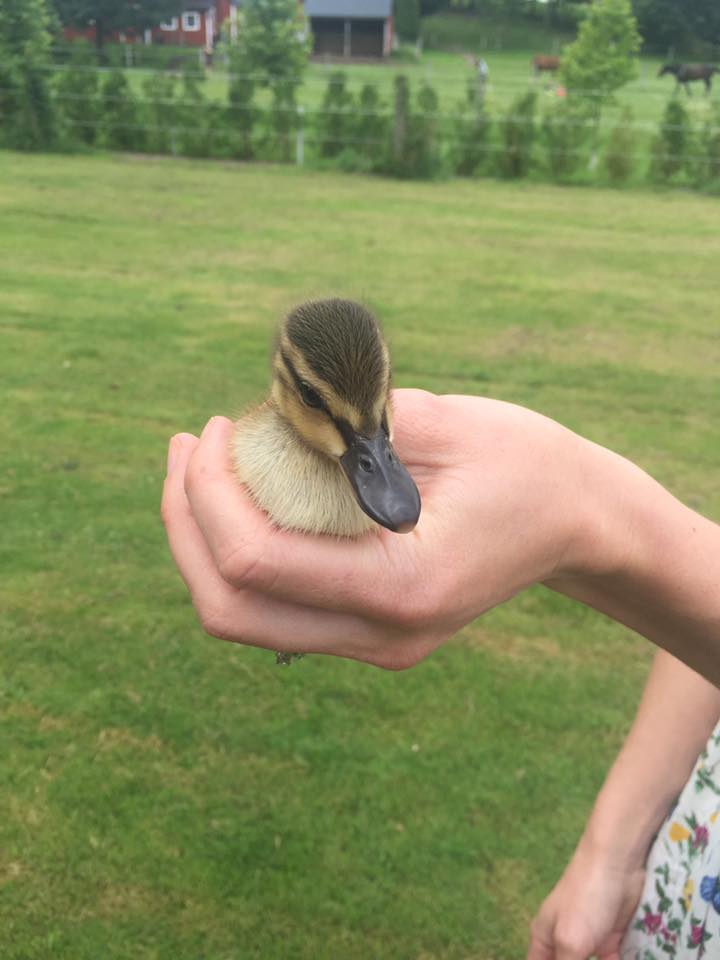 Delilah spent her early days in a corner of Sam’s room, sleeping on the floor right beside his bed. Duckling diapers were created (which is insane, I know, but it’s how we roll on this pretend farm of ours). She spent her first few weeks following us back and forth to the veggie garden, but mostly being an indoor duck.

Soon enough she was so big I decided we really needed to transition her to the outdoors. We tried and tried to get her to imprint on our Golden Doodle Tundra. After a little while it worked! She would follow Tundra outside and stay close by her until she came back in. Delilah became a dog.

However she was not at all house broken like a dog, and those duck diapers were a short term solution (as this Mama has way to much laundry to begin with!) So late in the summer we tried to transition her to our chicken pasture. Poor Delilah was terrified! She was a dog, not a chicken! And those ladies of ours were not too welcoming either.

Hmmm … perhaps Delilah could become a sheep? Since our two little lambs kind of resembled Tundra, we thought we would give it a try. Within a few days, Delilah was a sheep. She was always right beside the lambs, would swim in their water, and slept with them in their shed at night. 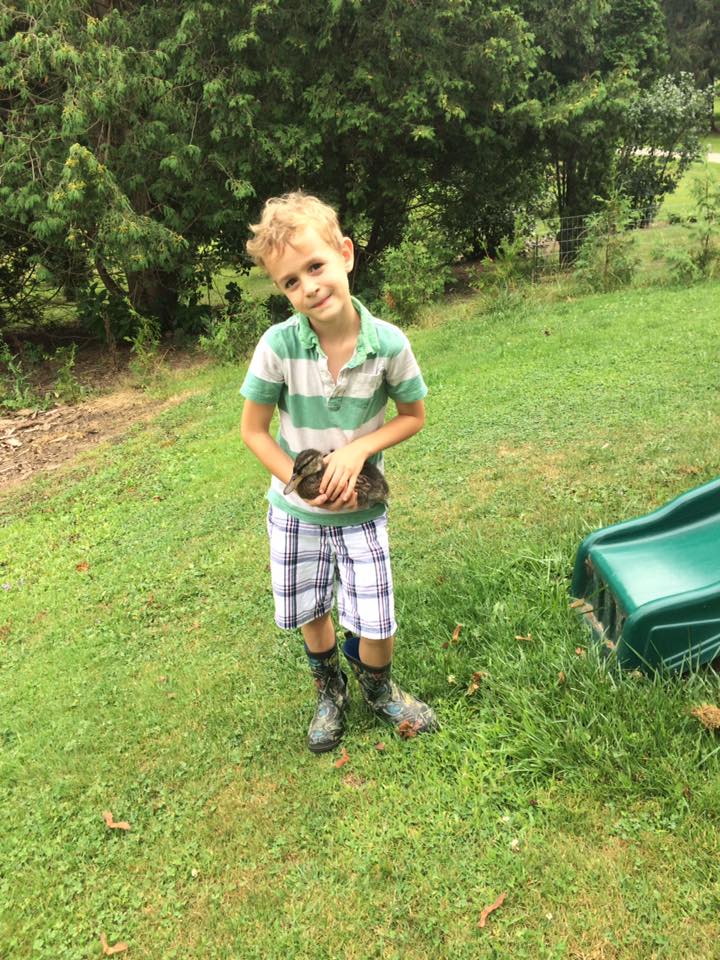 Over the last few days of summer Sam taught her to fly. He was playing in the sprinkler, which just looked far to appealing to Delilah and she couldn’t run over fast enough. She surprised herself and took off briefly before crash landing. Sam was delighted and spent his next few summer days running down our hills with Delilah (sort of) flying behind him. It wasn’t long until she was truly flying.

Early Fall we noticed she started to fly in really big circles around our property. Really high in the sky … almost like a duck. Could it be? Was Delilah becoming a duck?

One rainy afternoon, we looked out the window and saw her doing really big circles in the sky. Sammy wished her a happy flight. But that night, when we went to tuck our animals in, she was gone.

My heart sank and I immediately feared the worst. The tears started flowing. Not again. I am just not cut out for this farm life. Was it the coyotes? A hawk?

But the more we searched the more confused we became. There were no feathers, no signs of trouble. The chickens and sheep were calm. So where did Delilah go?

As we watched the geese flying south the very next day we realised … maybe she had flown south? That is what wild ducks do in the winter. And our Delilah, though she was far from wild, was a true wild duck.

Little hearts were repaired and feelings of  joy took over. Maybe we did it. Maybe we raised Delilah to be the duck she was meant to be!

And maybe she will fly home this spring.

With spring just around the corner our hearts are all a little on edge. Little eyes have already begun to peer out the window each morning. Will our Delilah return?

We know it’s a long shot … but what if our human-dog-sheep-duck comes home?

How awesome would that be.

Keep your eyes peeled friends. Perhaps our Delilah is passing through your neck of the woods! Send her home if so – we are waiting.

This website uses cookies to improve your experience while you navigate through the website. Out of these, the cookies that are categorized as necessary are stored on your browser as they are essential for the working of basic functionalities of the website. We also use third-party cookies that help us analyze and understand how you use this website. These cookies will be stored in your browser only with your consent. You also have the option to opt-out of these cookies. But opting out of some of these cookies may affect your browsing experience.
Necessary Always Enabled
Necessary cookies are absolutely essential for the website to function properly. This category only includes cookies that ensures basic functionalities and security features of the website. These cookies do not store any personal information.
Non-necessary
Any cookies that may not be particularly necessary for the website to function and is used specifically to collect user personal data via analytics, ads, other embedded contents are termed as non-necessary cookies. It is mandatory to procure user consent prior to running these cookies on your website.
SAVE & ACCEPT
2 shares