We are getting into a nice rhythm for our new home school year.  Right now in Science we are learning about the Solar System – and I am happy to report, my kids find it just as cool as I do!  After watching a star show in the planetarium at our local museum we decided to make some constellation cards to go with our newly learned Greek constellation myths. 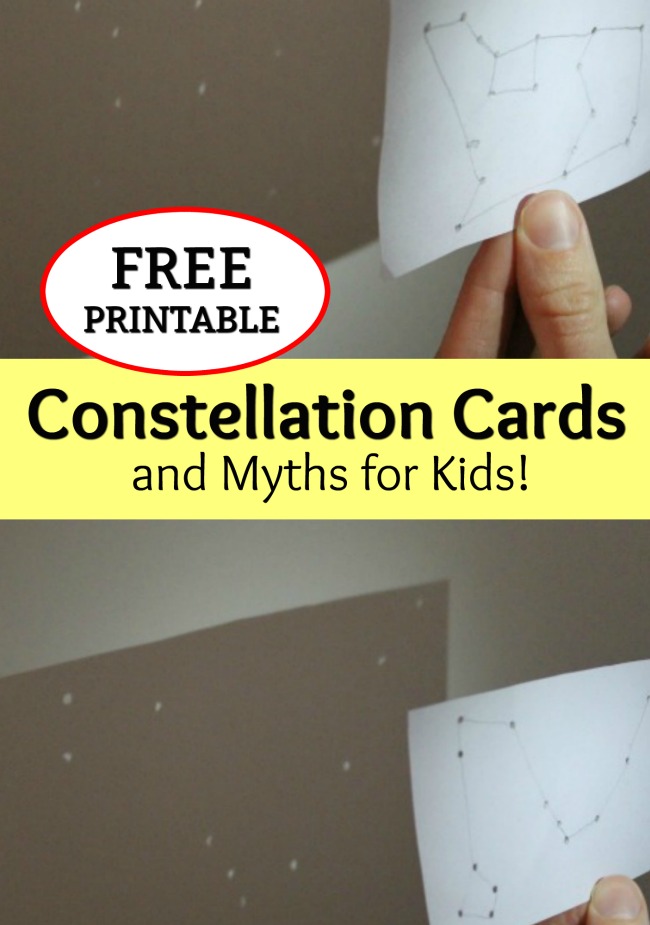 The kids chose 4 constellations (well, 3 constellations and the Big Dipper) which we researched and then wrote our own (very simplified version) of constellation myths for kids.  Madeline thought it would be cool to make constellation cards to accompany the myths.  So we did – and they were super simple and have been so much fun!

Here are the constellation cards, myths, and instructions: 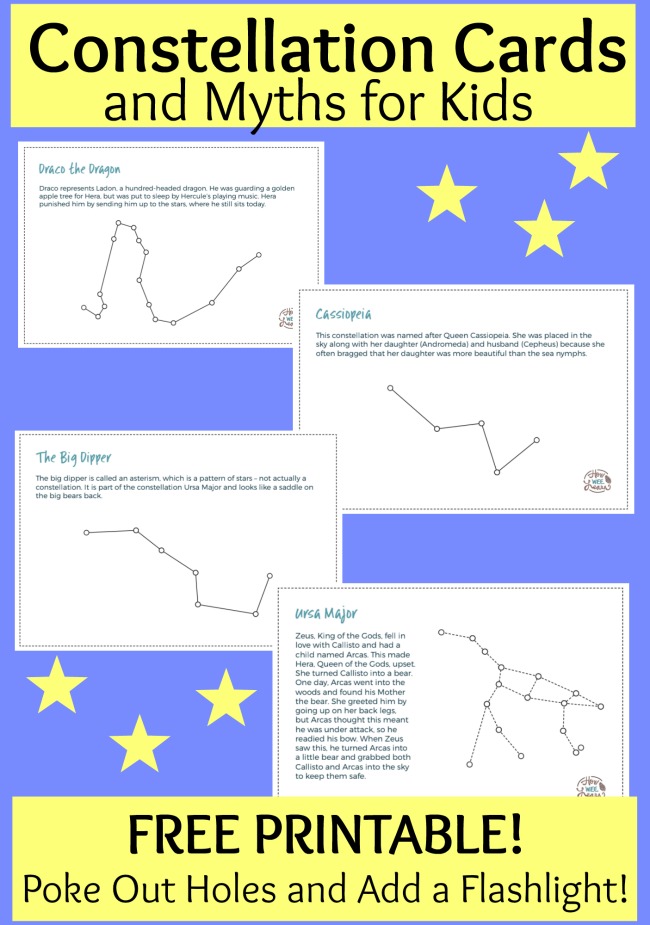 To make the constellation cards:

To use the constellation cards:

To use the constellation cards we held a flashlight in front of the cards in a dim room.  The room doesn’t need to be dark (but it is fun that way too!).  We played with the distance of the light from the card, and the card from the wall to make our constellations bigger and smaller.

Here are our constellation myths for kids:

The Constellation Myth of Ursa Major for Kids 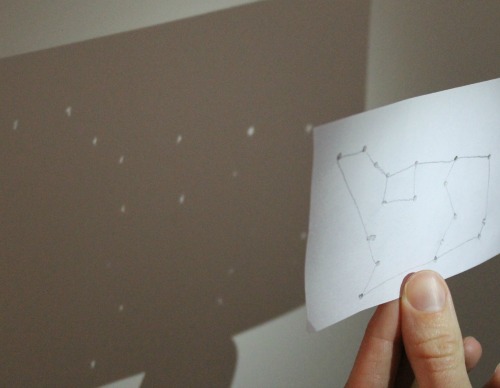 Zeus, King of the Gods, fell in love with Callisto and had a child named Arcas.  This made Hera, Queen of the Gods upset.  She turned Callisto into a bear.

One day, Arcas went into the woods and found his Mother the bear.  She greeted him by going up on her back legs, but Arca thought this meant he was under attach so he readied his bow.  When Zeus saw this he turned Arca into a little bear and grabbed both Callisto and Arcas into the sky to keep them safe.

The Draco the Dragon Constellation Myth of the  for Kids 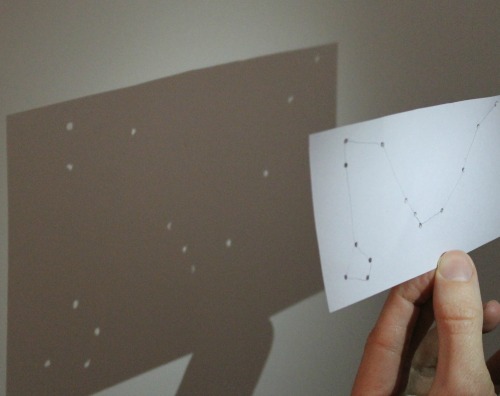 Draco represents Ladon, a hundred-headed dragon.  He was guarding a golden apple tree for Hera, but was put to sleep by Hercule’s playing music.  Hera punished him by sending him up to the stars.  Where he still sits today.

The Cassiopeia Constellation Myth for kids 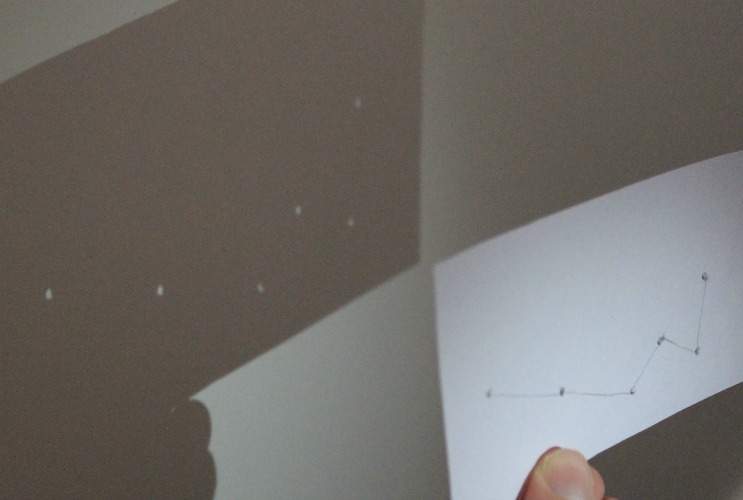 This constellation was named after Queen Cassiopeia.  She was placed in the sky along with her daughter (Andromeda) and husband (Cepheus) because she often bragged that her daughter was more beautiful than the sea nymphs. 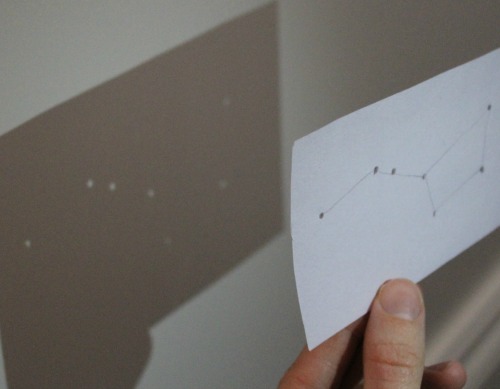 The big dipper is called an asterism, which is a pattern of stars – not actually a constellation.  It is part of the constellation Ursa Major and looks like a saddle on the big bears back.

Learning about constellations was so much fun!  I love that these constellation cards were Madeline’s idea.  It is wonderful to see wee ones so interested in Science!  I have always found Space, the Solar System, and constellations so fascinating.  I am thrilled that my kids do too.

These constellation myths are excellent for language development, summarising skills, and imaginative thinking too.  And they were fun for the whole family!  All 4 of my kids were sitting in a dark room tonight shining light through the constellation cards while Madeline re-told the myths before bed.  That makes this Mama very happy.

You are welcome to print your very own FREE set of constellation cards right here. I have also included the myths for you. You may wish to print them and glue them on some cardboard so they last. Poke out the holes, shine a flashlight, and dream the night away! Get the Constellation Cards Freebie! 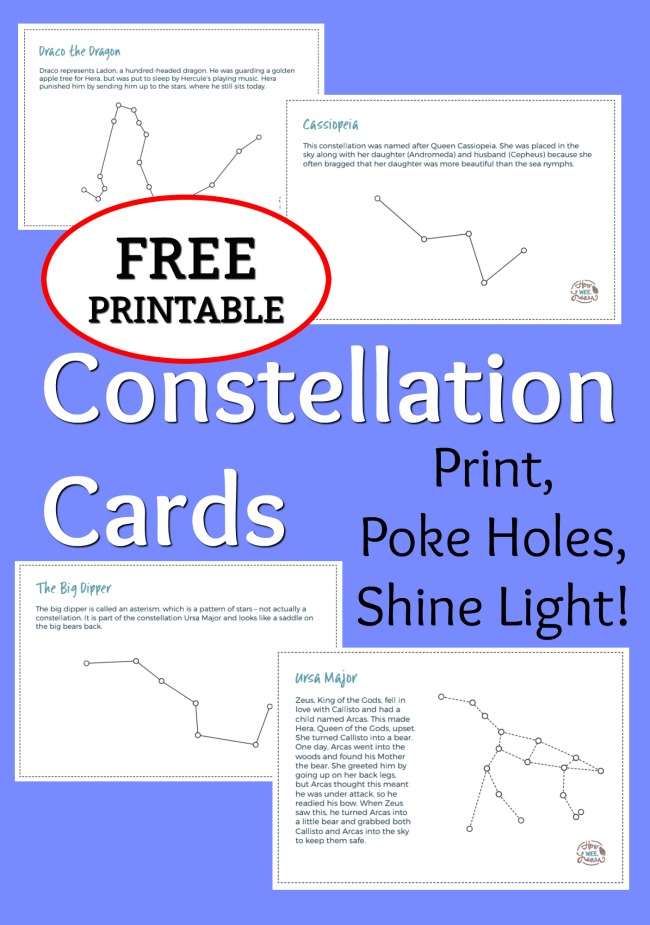 Get The Constellation Card Freebie Here

Thank you so much for reading friends! 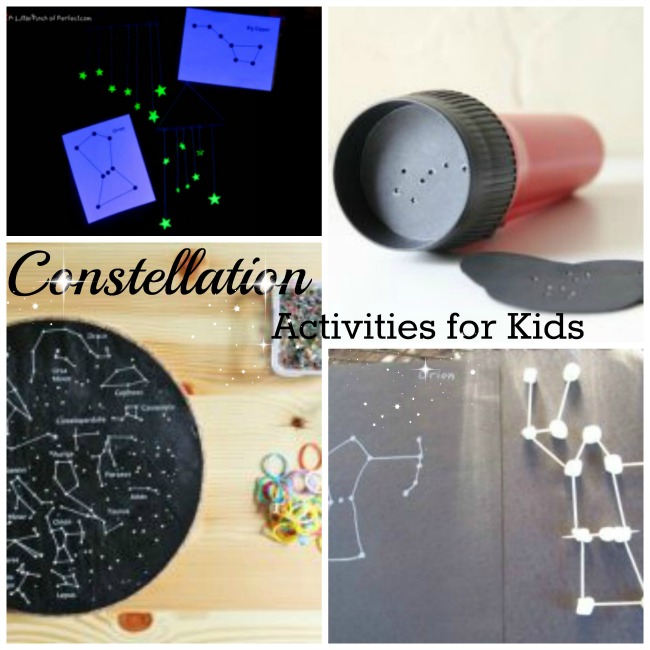 « Back to School Crafts
The trouble with fine motor skills »

This website uses cookies to improve your experience while you navigate through the website. Out of these, the cookies that are categorized as necessary are stored on your browser as they are essential for the working of basic functionalities of the website. We also use third-party cookies that help us analyze and understand how you use this website. These cookies will be stored in your browser only with your consent. You also have the option to opt-out of these cookies. But opting out of some of these cookies may affect your browsing experience.
Necessary Always Enabled
Necessary cookies are absolutely essential for the website to function properly. This category only includes cookies that ensures basic functionalities and security features of the website. These cookies do not store any personal information.
Non-necessary
Any cookies that may not be particularly necessary for the website to function and is used specifically to collect user personal data via analytics, ads, other embedded contents are termed as non-necessary cookies. It is mandatory to procure user consent prior to running these cookies on your website.
SAVE & ACCEPT
2841 shares