So hard to believe that it is almost February!  If you have been joining me here for some time, you may recall that I am not a fan of February.  The novelty of the snow has warn off for me, and the spring is still so so (so) far away.  But this year I have a plan.

We are going to busy ourselves with every opportunity to celebrate that should present itself!  Valentine’s Day will be big … but even sooner?  Why Groundhog Day! 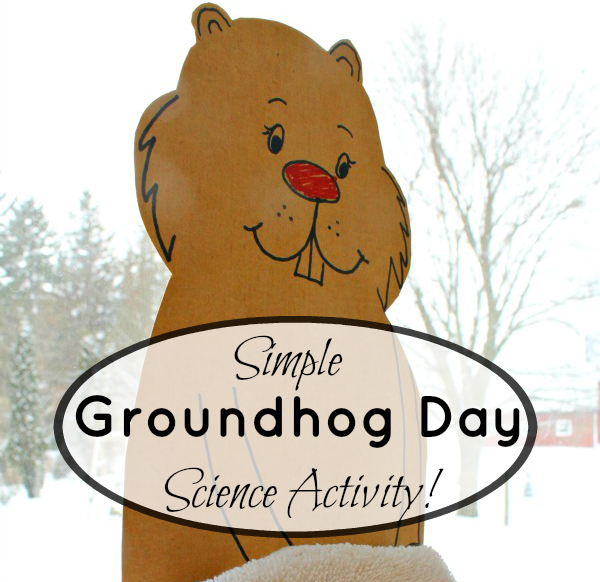 Very soon we will be preparing to celebrate a little furry groundhog who may (or may not) predict the arrival of spring.

As I was preparing this groundhog day shadow tracing activity for my own little ones, I thought I might as well hustle myself along to share with you! Just in the off chance you were perhaps feeling a little gloomy about February approaching as well.  Or just looking for a reason to celebrate. Oh … or looking for something educational to do with the little ones!

And as I was preparing our cute little science activity, Madeline asked me why we have Groundhog day to begin with.

At least that was what I was planning to say, but she interrupted me.  She knew all of that, but she wanted to know how it originated. Well … hmmm … no idea …

After a quick search, and fascinating read we had our answer.  And it is rather interesting too!  For the whole story (if you are interested), it is summed up quite nicely over on wikipedia.

The activity we have planned is a pretty great one – if I can toot my horn!  Simple, lengthy (in a good, though optional, way), and FULL of learning.

I cut out a little groundhog from cardboard.  Nothing fancy.  But rather cute!  Sam named him Mr. Beaver … so perhaps not as groundhog like as I thought. 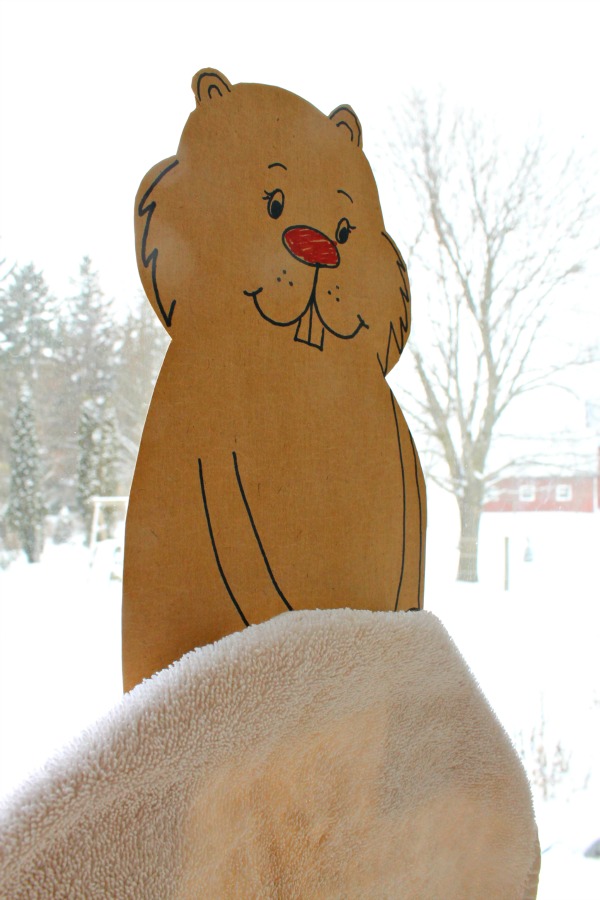 I then taped him in a window that gets loads of sunlight.  I added a white rag around the base of him (to look like his snow covered burrow – according to Madeline it didn’t look like much of a burrow.  Good grief! These little ones of mine are rather critical of my groundhog set up!)

Next, I unrolled some long paper we had in front of the sunny window. 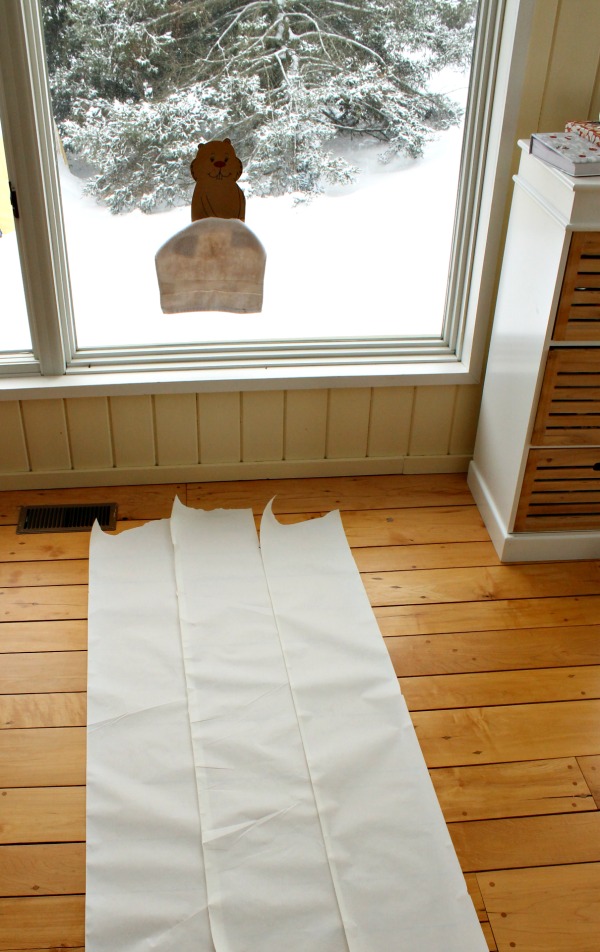 And now we wait.

Tomorrow, if it is sunny, we will be tracing that little Mr. Beaver’s shadow throughout the day.  About every hour or so.

We will be looking to see how shadow’s change with the time of day.

I think it will be pretty neat!

And if it is a cloudy day?  Well, then we will do nothing I suppose …. BUT WHO CARES?!  No shadow means an EARLY SPRING!!  WooHoo!! 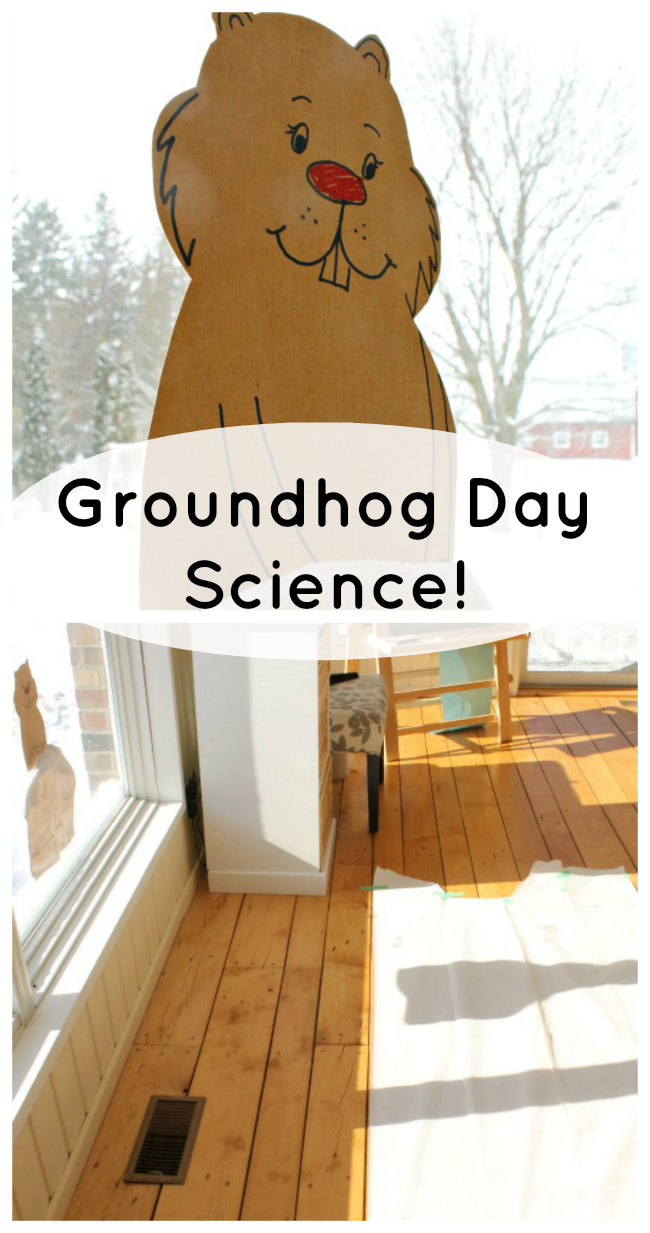 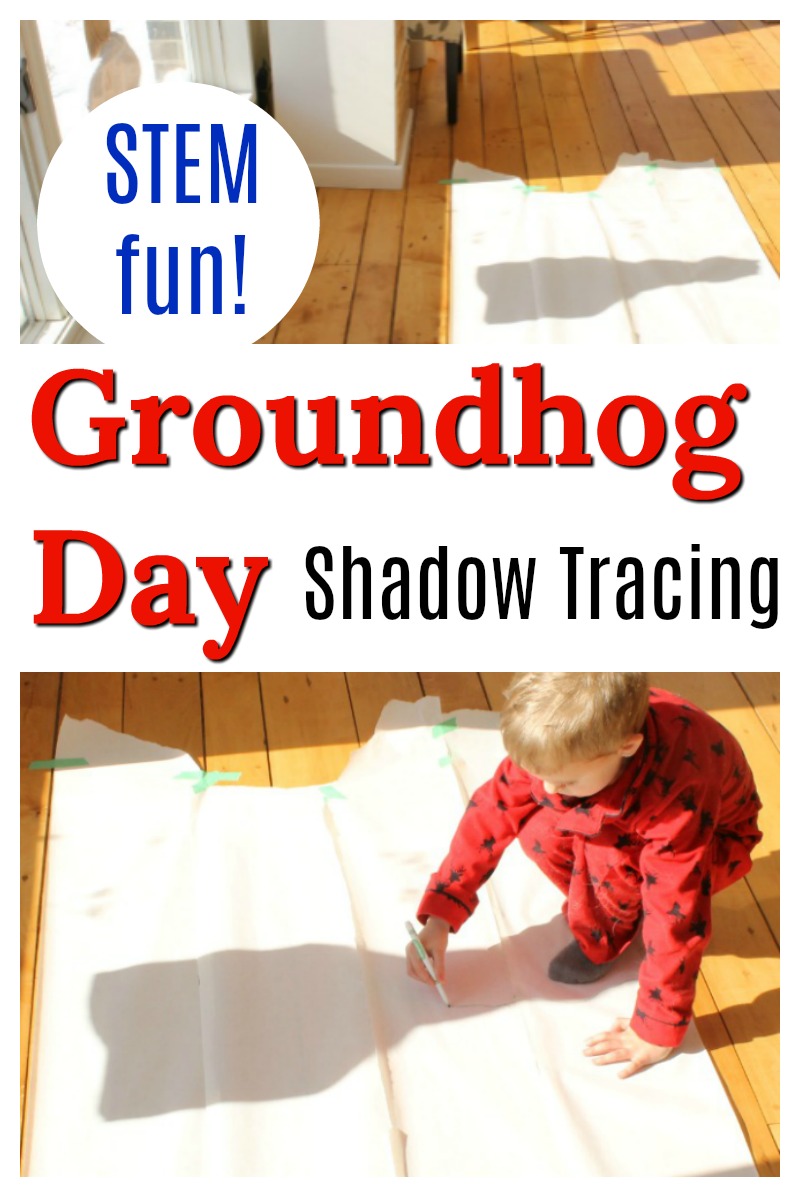 I will check in tomorrow to let you know our outcome here – and would love to hear the predictions of your local groundhog as well!

Thank you for reading!

And if you are looking to LOVE being home with your little ones, be sure to check out my eBooks!

This website uses cookies to improve your experience while you navigate through the website. Out of these, the cookies that are categorized as necessary are stored on your browser as they are essential for the working of basic functionalities of the website. We also use third-party cookies that help us analyze and understand how you use this website. These cookies will be stored in your browser only with your consent. You also have the option to opt-out of these cookies. But opting out of some of these cookies may affect your browsing experience.
Necessary Always Enabled
Necessary cookies are absolutely essential for the website to function properly. This category only includes cookies that ensures basic functionalities and security features of the website. These cookies do not store any personal information.
Non-necessary
Any cookies that may not be particularly necessary for the website to function and is used specifically to collect user personal data via analytics, ads, other embedded contents are termed as non-necessary cookies. It is mandatory to procure user consent prior to running these cookies on your website.
SAVE & ACCEPT
3200 shares