I find numbers and math in general super fascinating.  There, it’s been said.

It’s out of the bag. I am a bit of a numbers-nerd.

But they are very cool – how they all fit and work together. I love introducing my little ones to some of these neat math concepts. Pretty big concepts really, but of course at a level fitting for them.

The latest idea I have had for finding playful ways for my kids to interact with my best friends (of course by this, I mean numbers) is with these neat number blocks. 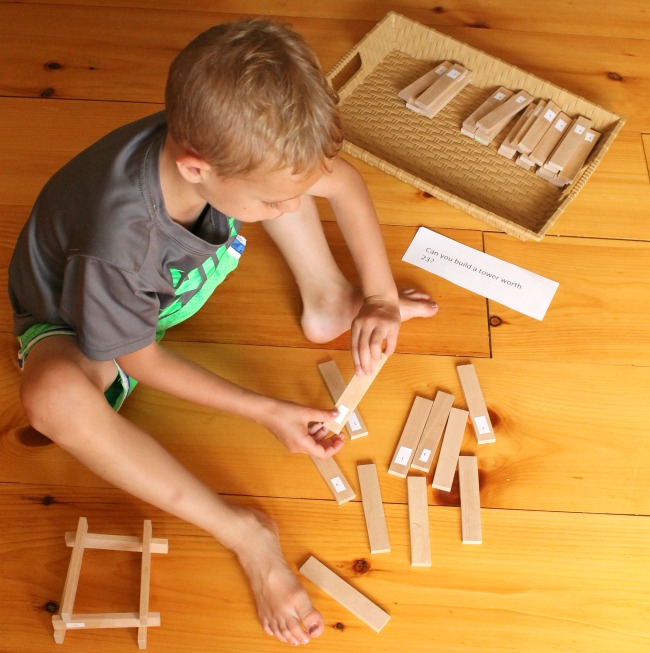 I took some Jenga style blocks (I am pretty sure I got this big pack at Ikea for next to nothing) and added numbers to them. Since I am becoming slightly less impulsive these days, I printed the numbers off of the computer and taped them onto the blocks so they are not permanent. Since of course I will have a different idea in but a few weeks.

I added the numbers 1-5 to the blocks. I think we used about 10 blocks of each number. 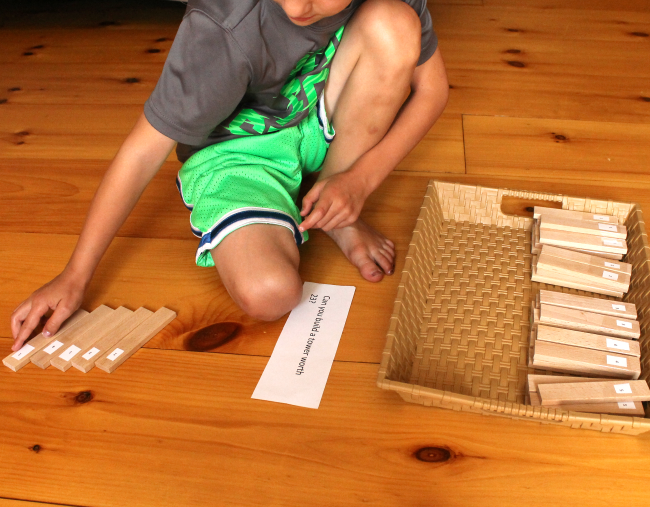 I set it all up in a neat little basket so I can pop it onto our math shelf. I have been so happy with the math and play I have been seeing. 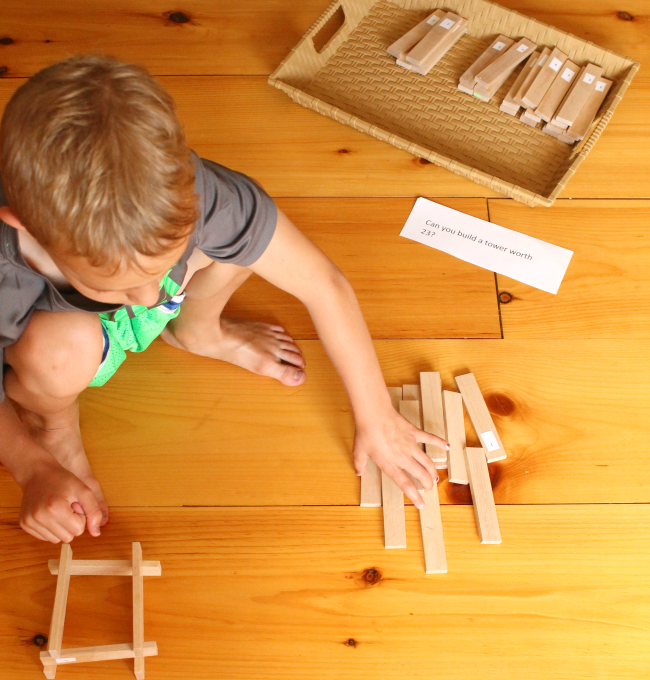 Another neat piece of math that has come into play with this activity is finding out about equivalents. When building his towers sometimes Sam decides he needs more blocks. Recognizing his tower still needs to be worth 23, he swaps some blocks – a 3 block for three 1 blocks for example. 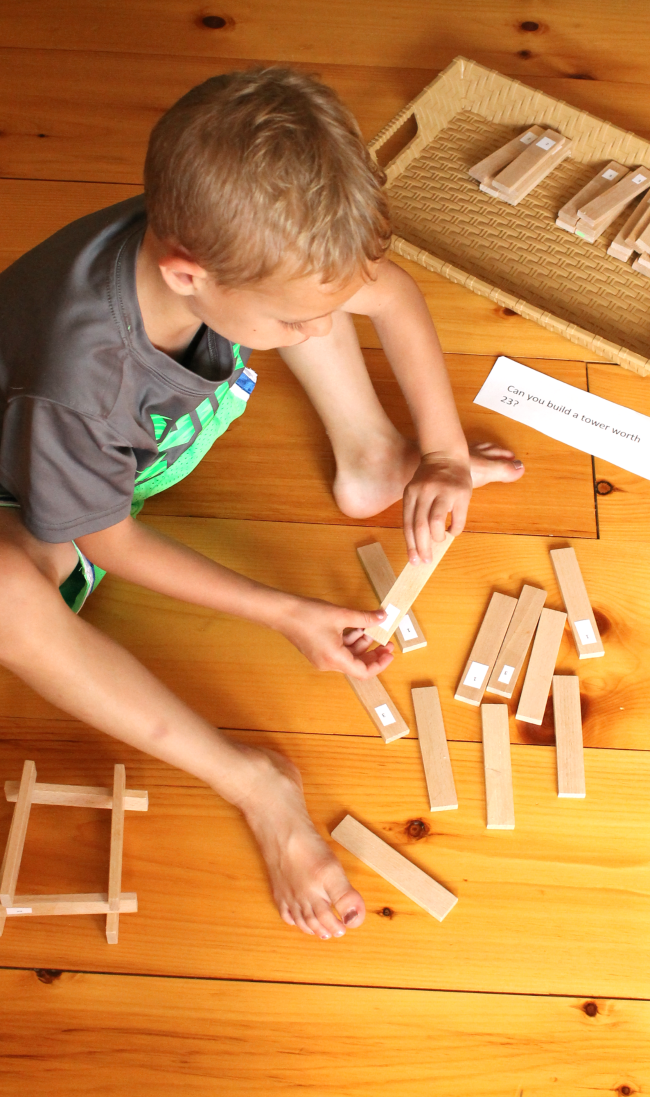 Interestingly, when you ask Sam he says he doesn’t like math. He thinks math is boring (and he says it with an eye roll and sigh exactly like a certain thirteen year old daughter of mine). Imagine his surprise when I told him that this riveting challenge he had been absorbed in was none other than math.

And furthermore, that he was a natural. Just like his sister, though she is too busy finding ways to make math boring to love it just yet. But she will. And so will my boys.

Yes, one day we will all be a happy loving family – my husband and I, our 3 lovely kids, and a whole slew of number equations. I can hardly wait.

I hope you had a great weekend, thank you so much for reading.

This website uses cookies to improve your experience while you navigate through the website. Out of these, the cookies that are categorized as necessary are stored on your browser as they are essential for the working of basic functionalities of the website. We also use third-party cookies that help us analyze and understand how you use this website. These cookies will be stored in your browser only with your consent. You also have the option to opt-out of these cookies. But opting out of some of these cookies may affect your browsing experience.
Necessary Always Enabled
Necessary cookies are absolutely essential for the website to function properly. This category only includes cookies that ensures basic functionalities and security features of the website. These cookies do not store any personal information.
Non-necessary
Any cookies that may not be particularly necessary for the website to function and is used specifically to collect user personal data via analytics, ads, other embedded contents are termed as non-necessary cookies. It is mandatory to procure user consent prior to running these cookies on your website.
SAVE & ACCEPT
66 shares