When I taught Kindergarten, I would often be asked by parents about ways to help little ones learn numbers at home.  I would always remind them that they practice numbers all the time!  While counting out silverware for the table, pushing buttons in elevators, and many other ways – like in this post on 50 ways to learn numbers through play.   But sometimes it is nice to organize playful ways to practice numbers. 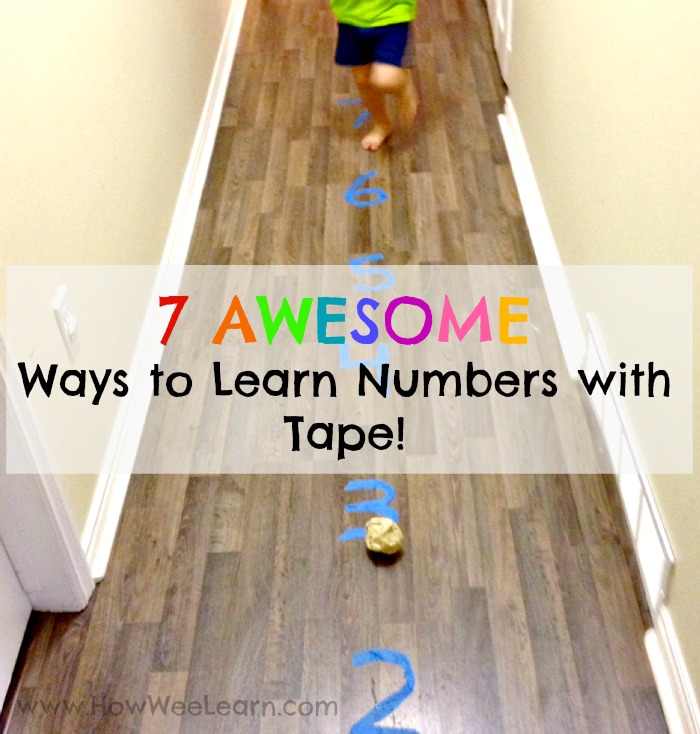 Here are 7 AWESOME ways to learn numbers with tape! For these math games I put some painters tape on the floor in the shape of the numbers 1 through 7.  As you may know, we  love painters tape!  We use it all the time on our floor to make letters, mazes, parking lots, roads …

1.  First, we explored each number by walking and counting.  We did this forwards and backwards.  Then we hopped —- on number 1 we hopped once, on number 2 we hopped twice, and so on.  I wanted Sammy to understand that each number was one bigger than the one before. 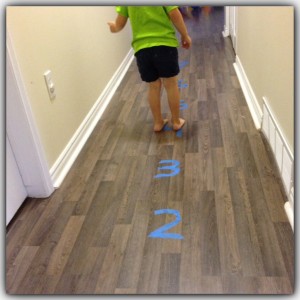 2.  Next, Sammy traced each number with his finger.  I used a little poem (partly one I knew – but forget some of the rhymes, so I made it up a bit) to help him remember each number name and how we trace it.

For number one, “Straight down and your done, that is how we make a one”,

Two: “around and back is all you do, that is how you make a two”

Four: “down, across, and down some more, that is how we make a four” 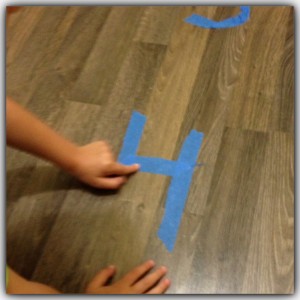 Six: “All the way around with a little mix, that is the way we make a six”

Seven: “Across then all the way down from heaven, that is the way we make a seven”

My little guy learns very well from rhymes 🙂 Even when they are ones Mama has forgotten and made parts up.

3.  After, we went on a scavenger hunt.  We looked all around to find things we had one of (a firefighters hat), two of (construction worker hats), three of (pylons), four of (wooden letters – yep we have lost 22!) and so on. 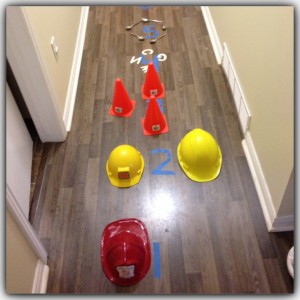 4.  We then played a hide – the – number, guess – the – number math game. I would hide a number and Sammy would have to figure out which number was missing.  He would then hide one for me.  I would ask him for clues to further his understanding of number relationships, like “what number does your hidden number come after?” 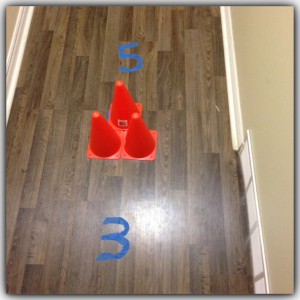 5.  We got out some paper plates to practice skip counting. We counted by twos by jumping over the paper plates.  This was a nice, concrete way for Sammy to understand what he is doing when he counts by twos.  They are the same numbers, he is just skipping one in between each count. 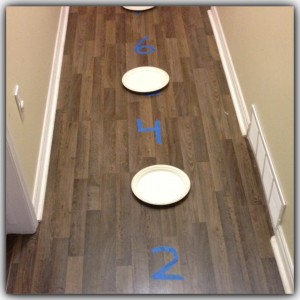 6.  We got out some water and a paintbrush so Sammy could trace the numbers.  My Sammy wasn’t much into the tracing, he just went to each number and painted the number 1 on top, saying he liked the number 1 the best.  Oh my boy!  Needless to say, we finished off with a more busy activity. 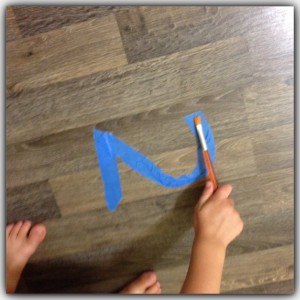 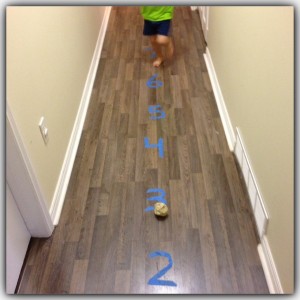 Please consider liking us on Facebook so we can share more creative learning activities with you and your little ones!  Thank you!

This website uses cookies to improve your experience while you navigate through the website. Out of these, the cookies that are categorized as necessary are stored on your browser as they are essential for the working of basic functionalities of the website. We also use third-party cookies that help us analyze and understand how you use this website. These cookies will be stored in your browser only with your consent. You also have the option to opt-out of these cookies. But opting out of some of these cookies may affect your browsing experience.
Necessary Always Enabled
Necessary cookies are absolutely essential for the website to function properly. This category only includes cookies that ensures basic functionalities and security features of the website. These cookies do not store any personal information.
Non-necessary
Any cookies that may not be particularly necessary for the website to function and is used specifically to collect user personal data via analytics, ads, other embedded contents are termed as non-necessary cookies. It is mandatory to procure user consent prior to running these cookies on your website.
SAVE & ACCEPT
597 shares