We always seem to have oodles of balloons around, which makes them perfect for learning games. A little while ago we played this alphabet recognition game using balloons which was a huge hit (literally) with my little guys, and I think perhaps yours might like it too.

We call it Swat the ABC Balloons! 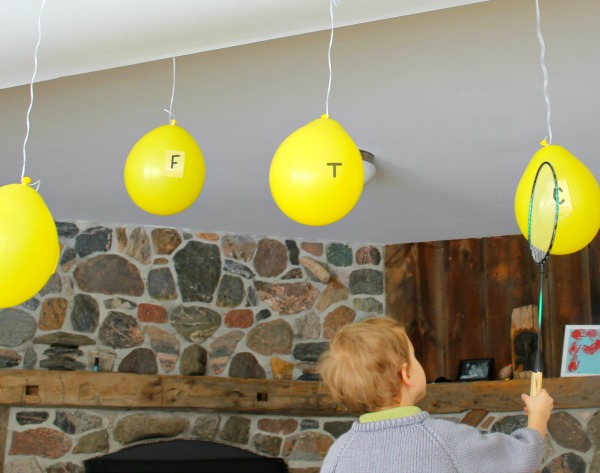 It is a WONDERFUL way for busy learners to practice their alphabet recognition and letter sounds.

The idea, as per usual, is very simple. I blew up a bunch of balloons and hung them to our basement ceiling with string and painters tape (oh good old painters tape). 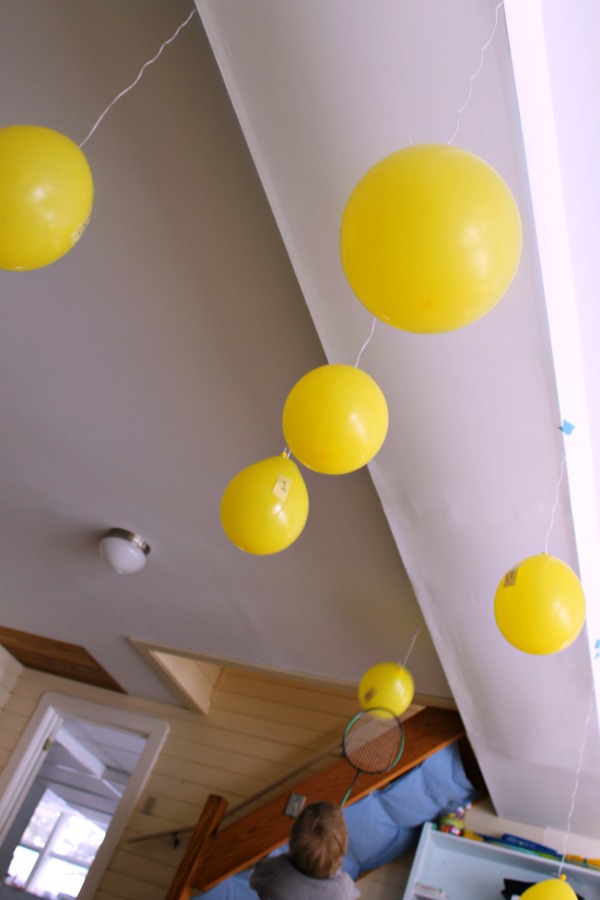 Next, I used sticky notes to write some of the letters of the alphabet. For those interested, this is the order we learn letters right here.

My little guy now knows almost all of his letter names, uppercase anyway, and we are working on letter sounds. I introduced letter sounds in a very unique, and amazingly effective way with these sensory letters.

And most importantly, we have been going really slowly. Making it fun and meaningful, but also giving my little ones the time they need. He is almost 5 years old. As a Kindergarten teacher I feel very strongly about waiting to work on letters until children are ready. And when they are ready, you can see tons of ideas here, Alphabet Recognition Activities for Kids!

With a badminton racket, I let my little guys go to it. I was trying to see if this activity was really practical, or if the balloons would just pop once they were bashed. Shockingly, they held up perfectly! 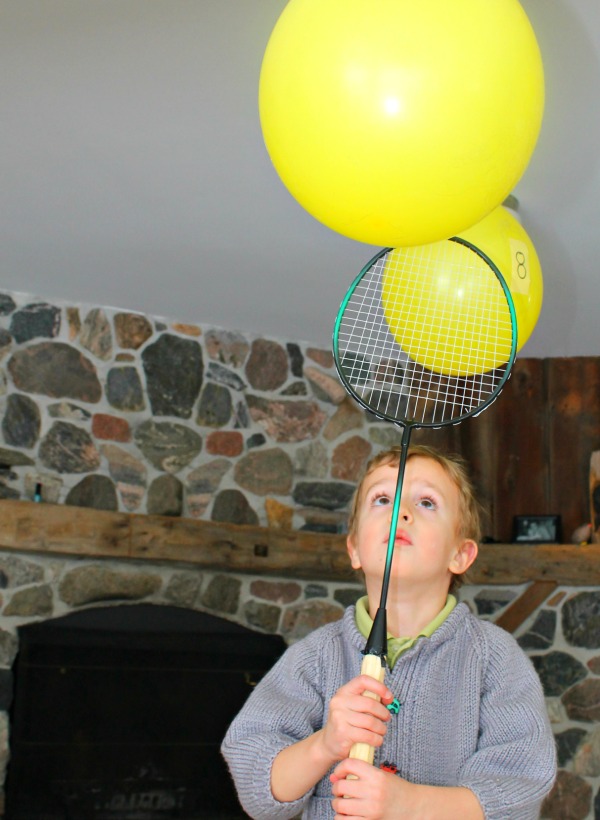 And don’t let that photo fool you, they really brought on the whacking!

I began by calling out a letter and having my boys find it and swat it. Some kids would have fun trying to do this as fast as they can. One of my boys doesn’t love those games, he finds them stressful.

A better way for us to make this into a game was to make it a memory game. I then would call out three letters in a row and it was the job of my boys to remember them and swat them in that order. Whatever is right for you and your littles! 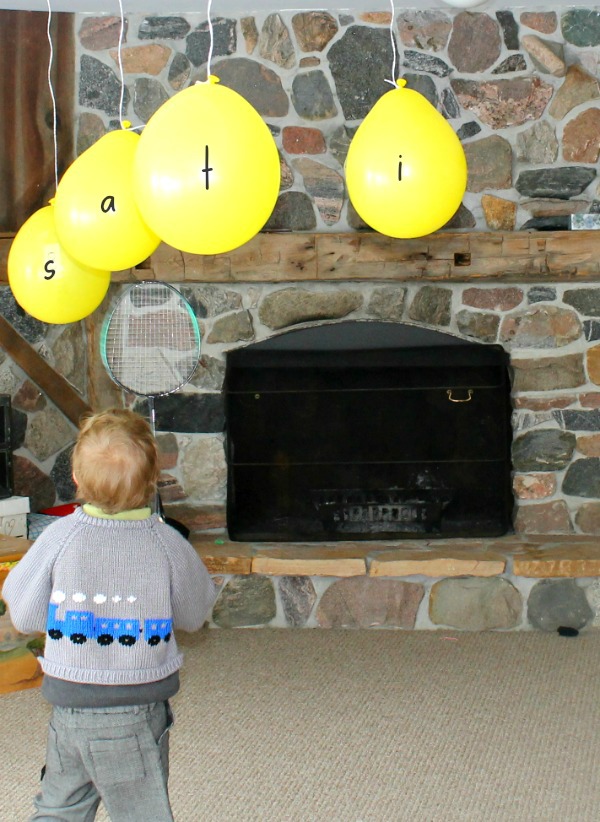 After, I would call out an animal – like Frog. The boys would have to swat the letter that made the first sound of the word. In this case, the F.

We played lots of different, simple games with these balloons.

Here are a few ideas to try:

These balloons stayed up for a very long time! They were a great way to practice the ABCs and also a great way to burn off lots of built up energy. This activity is great year round – wintry afternoons, rainy days, or hot summer mornings.

Thank you so much for reading friends, Happy playing!

« The Easiest Kid-Made Movies!
What to Do While Waiting with Kids… »

This website uses cookies to improve your experience while you navigate through the website. Out of these, the cookies that are categorized as necessary are stored on your browser as they are essential for the working of basic functionalities of the website. We also use third-party cookies that help us analyze and understand how you use this website. These cookies will be stored in your browser only with your consent. You also have the option to opt-out of these cookies. But opting out of some of these cookies may affect your browsing experience.
Necessary Always Enabled
Necessary cookies are absolutely essential for the website to function properly. This category only includes cookies that ensures basic functionalities and security features of the website. These cookies do not store any personal information.
Non-necessary
Any cookies that may not be particularly necessary for the website to function and is used specifically to collect user personal data via analytics, ads, other embedded contents are termed as non-necessary cookies. It is mandatory to procure user consent prior to running these cookies on your website.
SAVE & ACCEPT
667 shares